a love song for ma

Some people call you Dinho, some people call you Frank Ma’s. Most Atlantans in the know call you the best Chinese food this side of the Great Wall. Every foodie in Atlanta from Buckhead to Bankhead has written about you, so why should I? What more could I possibly say? But that one Friday night we spent together just before closing has been lingering like a phantom in my mind and haunting my taste buds ever since. So consider this not a review but a futile attempt at exorcism.

I should have known that something so difficult to find even though it was right under my nose, would mean nothing but trouble. But I was determined to have you, so I persisted, bumbling my way up and down Chamblee Dunwoody Road for almost 15 minutes until I finally relented and called out for help.

The woman who answered the phone patiently directed me to Chamblee’s China town. Chamblee has a Chinatown? Almost as soon as the thought formed in my mind, you appeared like a mirage on the back side of the Marta station. Hmmm…I could’ve sworn we just drove past this spot, but I don’t remember seeing this place here before. No matter. The woman from the phone and the man (nay, the magician) whose namesake you bear greeted us warmly and expectantly. “Ah, you made it! Hurry, hurry.” They ushered us to a table in the middle of a floor made of opaque tiles with multi-colored lights slowly pulsing underneath. Wait…did I just step into the Billie Jean video? For a moment, I felt conspicuous and exposed. Like I might have been the main attraction but didn’t know it yet. I pretended to study the menu, flirting with you even though time was running out. I knew what I was here for. I’d 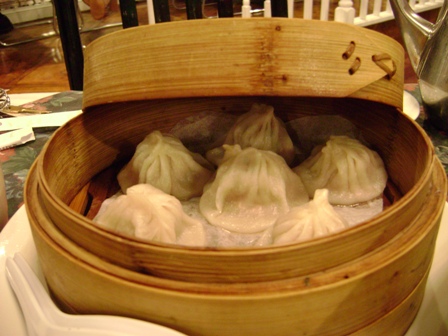 already seen what you’d given to the others who’d come before me. They’d marveled about it and plastered pictures of it all over the internet for the world to see. I kind of wanted my time with you to be different, special. But who was I kidding?

“I’ll start with the Shanghai soup buns. And I’d like the sliced fish in hot oil.”
The waitress slipped the menu out of my hands with a knowing look. Was I so easy to read?

Mere moments later, the soup buns arrived. At first we just sat there and looked at them with wide-eyed awe, they were almost too pretty to consider eating. Cute little wrinkly dumplings whose sticky, starchy exteriors were transformed into silk by the accompanying briny dipping sauce. I popped one into my mouth and on the first chew, my eyes closed involuntarily. Oh no, I thought. I’ve come undone. The entrees showed up soon 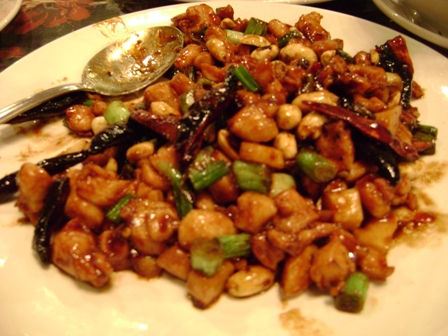 after. My friend’s kung pao chicken was a glistening display of spicy goodness; and my dish was a ridiculously large bowl of tender fish pieces, bok choy, and straw mushrooms swimming in an addictive, peppery sauce that just begged to be soaked up with some rice.

I heaped a few spoonfuls onto my plate tentatively, not wanting to rush the experience and afraid that if I did, it might break the spell you’d cast on me, making it all just disappear before my eyes. We ate our meals with the same innocent appreciation as the appetizer, each bite eliciting quiet grunts of pleasurable satisfaction. 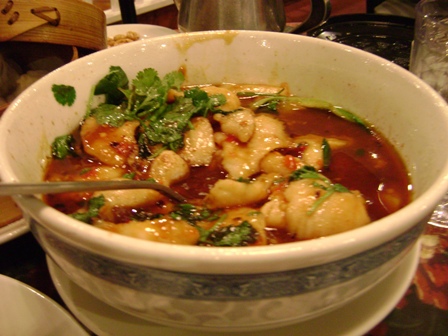 We’d planned to go out after dinner, but once we left you and made it back to the car we knew it was a wrap. Nothing was going to top what had just happened.

That night, I drove home silently and slept…well. And I’ve been dreaming of you ever since…