wake-up call: how i got real about my health 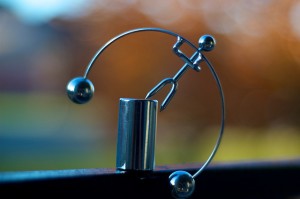 I don’t deal with sickness well. Whenever I’m called upon to visit an ailing friend or relative, I’m the awkward person in the room. I don’t know where to look or what to say. I just feel uncomfy about the whole business and literally struck dumb.

So you can imagine how I reacted when I went in to one of those urgent care centers for a persistent sore throat almost one year ago today and the doc-in-a-box shared some unexpected news:

Me to self: “Well, no shit, doc. I just fought Atlanta traffic to get here after a long day of work.”

Him to me: “I don’t mean just a little high. I’m talking stroke-level high.”

Whoa. Now he’s got my attention. Stroke-level high? What the!?

“In fact”, he continued, “If your blood pressure is this high consistently, you’ll be dead by your 45th birthday.”

After reluctantly letting me leave(he seriously considered sending me to the ER), and reassuring me that the sore throat wasn’t an infection, the doctor advised me to monitor my blood pressure several times over the next week or so, and if it remained elevated, to go see my primary doctor.

I left, stunned. What did this mean? I mean, I’d been stressed at work recently, but… I didn’t think it was this bad. I know high blood pressure doesn’t run in my family, and though I’d put on a few pounds and treated myself out to dinner and drinks fairly regularly, I wasn’t exactly an unhealthy eater. Plus, I’d just visited my GYN 6 months ago and my blood pressure was normal. This guy’s tripping. I just need to meditate, enhance my calm, and everything will be back to normal soon.

The boxdoc’s words kept reverberating through my head, ‘Dead by 45.’

Even though I had insolently and defiantly quipped at him when I walked out of the door, “See ya on my 46th birthday,” I couldn’t deny the simple truth.

Over the next few weeks, my emotions were all over the place.

To avoidance: “This isn’t happening. I’ll just not think about it. I mean… I don’t even feel sick.”

To morbid fatalism: “Would it really be so bad to die young and leave a good-looking corpse?”

To finally sucking it up and searching for and visiting a doctor who talked to me, let me cry, reassured me that this wasn’t the end of the world, then scheduled a few diagnostic tests and prescribed some little pills and sent me on my way. 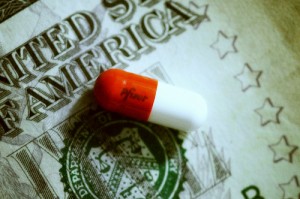 After the tests, which revealed no physiological abnormalities and left me with as many questions as before, I was faced with a daily regimen of pill-taking and a nice stack of medical bills. Both of which pissed me off.

It was then that I confessed to myself that if I to reduce my reliance on pills and avoid even more medical expense in the future, I’d really have to suck it up and take a long, hard look at the factors in my life that had very likely brought me to this point.

Most mornings, my breakfast routine consisted of a cup of coffee. And on a good day, two cups of coffee. After doing lots of research on the benefits of eating breakfast (namely: improved focus, weight loss, reduced risk of heart disease), I determined that this was one of the first things I’d need to change.

As a self-proclaimed bon vivant, I consider it almost a duty to try new restaurants and cuisines as often as possible. Plus, I write about food. And how can I write about it if I’m not out experiencing it as much as possible? Yet, when I was honest about my food experiences of late, I had to admit they often left me underwhelmed. And in my desire to try the most interesting- or exotic-sounding or most highly acclaimed items on a restaurant’s menu, I was often consuming the worst food they had to offer from a health perspective. And I was doing this multiple days a week. It was time for me to reclaim my meals by re-entering my kitchen.

I drink. I drink when I’m stressed. When I’m happy. When I have writer’s block. When I celebrate a new gig or the loss of an old one. When I wanna feel sexy. When I wanna appear witty. When I want to calm my nerves after a hard day at work and when I want to be the life of the party on the weekends. And, all of my friends and associates drink too. As with my food interests, I’m always looking for unique or not-so-common cocktails, beers, wines, and liquors to imbibe and share with others. At every event I attend, whether it’s an after-work happy hour, a gallery exhibit or a casual backyard barbecue, alcohol is almost always a central component of the festivities. And my social calendar is often quite full with these types of gatherings and events. I had to find some way to cut back.

While I’ve never made a regular habit of smoking, the habit I picked up in college continued to linger, and I’d often find myself lighting up when drinking heavily or when around friends who also smoked. My doctor minced no words when I told her about my occasional smoking habit. Her words, “Oh, no. You don’t smoke anymore.”

The most movement I got on many days came from a mild morning walk with some neighbor friends of mine. Certainly not enough to get my heart rate up, break a sweat, or lose weight. I’d often spend the rest of the day sitting in front of a computer, often only getting up to take care of biological necessities.

In the past, when I’ve admitted to being out of balance, say, due to an excess of partying, or a really

decadent holiday season, I’ve tried to get back in balance by focusing my energies on the opposite extreme. For example, I’ve used the Master Cleanse (or lemonade diet) to ‘get back on track’ several times. If you’ve never heard of the Master Cleanse, it’s essentially a fast where you consume nothing but a mixture of lemons, water, cayenne pepper, and maple syrup for anywhere from 5-21 days. While it does take a great deal of willpower to do such a fast, and while such fasts are touted for eliminating accumulated toxins from the body, I knew I could no longer rely on quick fixes to provide lasting effects. Proving that I could subsist on spicy lemonade for 5 or more days didn’t change my day-to-day behaviors, my approach to relating to my body, or my discipline to make the right decisions and sacrifices on a consistent basis. I realized that using such binge-and-purge tactics to achieve balance was akin to bouncing up and down repeatedly on a seesaw and assuming the net of the bouncing movements would produce a state of balance. When, in fact, to achieve balance – either on a seesaw or with my health – I would need to find a centered spot that produced the desired effect, then move very little to stay in that space.

I – like many other women (especially African-American women) have suffered from symptoms of fibroids and estrogen dominance for years. Neither my doctor nor any of the other medical information sources I’ve perused had been able to give me any solid or conclusive guidance on what to do to fix this issue (you may remember a previous post on this topic). Yet, intuitively I felt that there might be some connection between the estrogen dominance and my high blood pressure. At a minimum, I felt that the healthy balance changes I planned to implement could only benefit this condition as well. I also made a note to find ways to deal better with daily stresses both on and off the clock.

At the end of all that reflection, I simplified the changes I needed to make into the following equation:

It was clear that I had a lot of things that needed working on. And I knew it wasn’t going to be easy. But it was a journey that I was willing to take, and it’s one that I look forward to sharing with you.