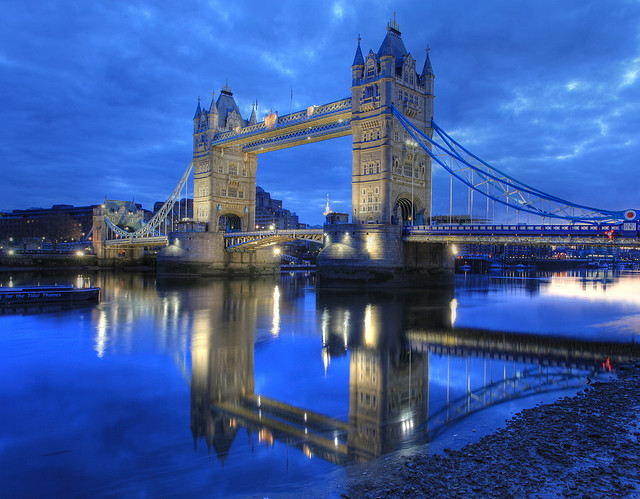 What NOT to do in London – Don’t be afraid to make a mid-course correction
After a second night in my (teeny-tiny, hot and noisy, with a shower the size of a coffin) room, I decided I’d had enough and spent a few hours on ye olde trusty laptop looking for new accommodations. On the sightseeing tour, I’d gotten a good enough sense of the city to figure out what would make a suitable location for my relocation. And with the help of my good friends at AirBnB, I landed a spot. For 40 USD less a night.

Determined to make the most of my 24-hour sightseeing ticket, I got up early to catch the hotel’s breakfast, drop my bags off at the front desk, and head towards Buckingham Palace. I made my way down the Mall, which was decked out with both the Union Jack and the Stars and Stripes in honor of my President’s visit that week. By the time I reached Victoria Memorial in front of the Palace, I had over an hour to wait before the Changing of the Guards ceremony began.  In the meantime, I snapped lots of pics of the Victoria Memorial and the Palace gates and speculated along with the rest of the spectators whether we’d catch a glimpse of the Obamas during their state visit. There was even a reporter doing an on-location broadcast focused on President Obama’s visit.

What to Do in London – Catch the Jazzing of the Guards

Since I was quickly running out of time on my 24-hour ticket, I had to depart Buckingham Palace before the famed Changing of the Guards. Thankfully, I set off in the wrong direction, else I wouldn’t have captured the jazzy branch of the Royal Guard – more formally known as the Band of the Scots Guards – who play just before the Changing of the Guards Ceremony.

These fellows have got a mean brass section. But don’t get it twisted. They will cut you.

What to Do in London – Carry Change for the Pay Toilets

After Buckingham Palace, I decided to take a ‘bio break’ in nearby Victoria Station and had my first experience with a pay toilet. 30 pence to take a ‘rest’.  A most bizarre concept at first, but when I saw how clean the bathrooms were, I considered it to be money well spent.

With about an hour to spare before my sightseeing ticket expired, I set off to catch the Thames river cruise at Westminster Pier. Since I was still getting my bearings, I had no idea that the pier was less than 1 mile away, so I mistakenly decided to wait about 15 minutes for a tour bus that would take me to the pier. When the bus arrived, the driver informed me that it would take over an hour to reach Westminster Pier, since several London streets were blocked off because of the Obamas’ visit. He also recommended I take the tube instead of walking – a misguided suggestion that I blindly followed. What ensued was a ridiculously unnecessary and comically circuitous journey that involved me departing from Victoria Station, changing to a different line to get to Piccadilly Circus; then speedwalking past Trafalgar Square, and down Whitehall past all the government buildings. Finally, just as I was rounding the bend to head toward the pier, I heard a single gong from Big Ben.  It was 1 o’clock.  My ticket expired at 12:50. Undaunted, I kept up my fast-paced walk toward the pier, and reached the ticket booth a few minutes later.

“Is this where I catch the river cruise with the Original Tour?”

“I’m a little past my 24 hour ticket time. Is there a grace period or anything?” I flash the ticket booth guy a hopeful smile.

Him: “What time’s your ticket for then?”

I heavy sigh. Wait a tick. Glance wistfully at the dock down below.

“Really? Thanks!” I flash a cheese-eating grin and nearly skip down to the dock. Slow-footed American- 1, Big Ben -0.

After a morning full of fast-paced walking, it was really nice to take a load off on the Thames river cruise and sit back and enjoy the day’s gorgeous weather. From the river, I was able to get a unique perspective of several landmarks. And the cruise’s guide was as much of a comedian as he was a tour guide. Kinda reminded me of Ali G.

The full cruise lasted over 2 hours, but soon after I boarded, I got a text from my travel mates saying they were having drinks at a patio bar overlooking the Thames. I texted back that I’d meet them in a few, and departed the boat just up-river at the Tower of London.

What to Do in London – Know Your Monuments (aka, Learn the difference between the London Bridge and the Tower Bridge)

My friends told me that their bar was just at the foot of the London Bridge. As I had just floated under it, I was pretty sure I knew where it was and set off in that direction.

Okay folks, here’s a quick test. Which one of these pictures is the London Bridge? 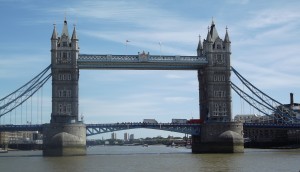 If you said the 1st one, you’re right! If you said the 2nd one, you too would have had me walking around in circles for more than 20 minutes trying to figure out which non-existent bar at the foot of the London Bridge you were at, when you were really at the foot of the Tower Bridge. Gah! Moral of the story: knowing your London landmarks is crucial to avoiding such gross misdirection.

Anywho, by the time I arrived, I was tired, hungry, and I needed a drink. Make mine a dark and stormy. 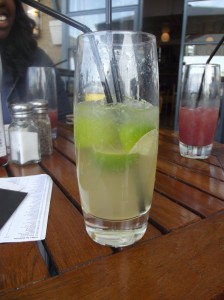 We hung at the bar for a few and caught each other up on the day’s adventures. Soon, it was time for me to go collect my bags and move to my new digs.

What Not to Do in London – Don’t Overpack

For some ungodly reason, I’d broken with my usual travel protocol and brought a full-sized rolling bag for this trip, instead of my usual carry-on sized bag. Big mistake. Lugging that thing around on the tube from King’s Cross to the edge of the East End was not fun. Mainly because escalators and elevators are not a certainty in any London tube station. But long flights of stairs and very narrow entrances and exits are. On a brighter note, my biceps never looked better.

What to Do in London – Stay With a Local

After the misery of lugging my luggage through the London Underground, I was elated to meet my new hosts and absolutely ecstatic when I laid eyes on the bright and cheery room I booked via AirBnB – a definite improvement over my original accommodations. After exchanging warm pleasantries with my hosts – an older couple originally from Chile – I treated myself to a shower and a nice, long nap.