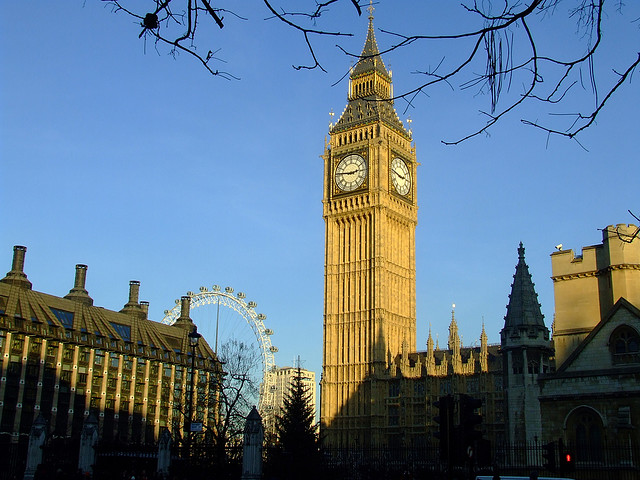 This year’s birthday trip was a whirlwind 8-day excursion to London with a weekend trip to Amsterdam thrown in for good measure. Since it was my first time visiting, I decided to put together this collection of do’s and don’ts for others taking their first trip to London.

What to do in London – Consult a native before you go

Pre-trip research is a crucial exercise for any vacation – especially if you’re travelling solo. There’s nothing better than arriving in an unfamiliar city well-armed with tidbits on where to go and what to see. While guidebooks and travel sites offer some decent pointers, advice from a native or long-time resident is infinitely more valuable, since 1) they probably know your personality well enough to tailor sightseeing recommendations, and 2) they can share off-the-beaten-path or less touristy options that guide books and travel sites might skip. For my first trip to London, I truly lucked up on local advice. One of my travel mates had gone to grade school in London, and would be staying with a friend who lived in the city. I also reached out to a few friends and friends of friends who are native Londoners, namely one Darren Benjamin (aka, Daz-I-Kue) who took time out of his busy schedule to give me a stellar list of sights to see, restaurants to visit, and entertainment to take in. And just for good measure, I hit the interwebs and hunted down these London blogs and local papers that gave me and idea of what would be going on in the city during my specific dates of travel:

What to do in London – Visit a Real English Pub

Just a few hours after I’d arrived in London and settled into my Camden hotel, I met up with my travel mates at a nearby pub that their local host recommended. The pub – called, The Lord Stanley – was just the right size; quaint and cozy with well-aged, mismatched furnishings (a church pew here, some old wooden chairs there), friendly service and a steady flow of locals coming in for a post-work bite or drink. But what was most impressive about the place was the food.  Fish and chips, shepherd’s pie, and mushy peas anywhere were markedly absent from the menu, much to the dismay of my travel companion who had hoped for a more traditional English pub experience.  Our London local assured us that the Lord Stanley was a true neighborhood pub, with expertly prepared gastropub menus items that featured fresh, regional ingredients.

Apparently there’s a small theater nearby, because the Lord Stanley was offering a pre-theater special of two dishes for 12.50 GBP. A pretty solid deal that all of us decided to capitalize on. We ordered food and drinks and sat and talked over pints and other glasses while the pub’s chef worked on delivering these sumptuous dishes to our table.

On a recommendation from my travel mate’s host, I’d chosen the New Market House Inn as my base of operations for the trip. First, the positives: The New Market House Inn was close to 2 tube stations, and a short walk from where my friends were staying. Compared to most of the London hotels I’d scouted, it was decidedly more budget-friendly, and included daily breakfast. Plus, the ‘inn’ was situated above a fairly nice Brazilian bar/lounge which to me meant two things: on-tap eye candy and caipirinhas! When I checked in to the hotel, I was quite shocked at the size of the room. From online reviews of the New Market House Inn, I’d expected that the rooms would be on the smallish side, but still clean and up to snuff. And while the room was clean, small was definitely an understatement. Miniscule would have been more accurate. My large suitcase took up most of the floor when fully opened. The shower was roughly half the size of a broom closet. I could barely turn around in it without bumping an elbow or shin. Add to all that the fact that the room’s only source of cooling or ventilation was the window that literally touched the side of the bed and opened onto the fairly busy street below.  Said window let in more street noises than actual air, so my first night’s rest was a hot and fitful one. My snoozing was interrupted periodically by screaming sirens, booming, rumble-y diesel trucks, and loud-talking nightwalkers spilling out of neighborhood pubs. After one night at the New Market House, I began to contemplate a move to more fitting digs.

London’s metropolitan rail system, also known as the London Underground and more colloquially referred to as ‘the tube’, makes getting around in London extremely easy and non-intimidating even for first-time visitors. The Underground is clearly divided into color-coded rail lines that cover every major area in central London and links to commuter rails that will take you outside of the city, if you so desire. Armed with my Oyster card – a re-loadable transit ticket – and my pocket-sized tube map, I was all set to tour London like a veteran. When planning trips around London, you should also rely on the Transport for London website which is extremely helpful in helping you figure out the best routes to get from Point A to Point B and all stops in between.

What to Do in London – Take a Hop on, Hop off Sightseeing Tour

On my second day in London, I met up with my travel mates for a hop-on hop-off tour of London with the Original Tour Company. 23 GBP got us a guided double-decker tour of all the major sites in London, plus a free Thames riverboat cruise. The tickets were good for a full 24 hours so it was an ideal way to get an overview of London and figure out which sites we wanted to see more of later.  In about 2 and half hours we saw…

After our London sightseeing tour, we were all a bit hungry so we departed from the bus and went to a nearby eatery featuring the more traditional English pub food my friend had previously expected. I had the fish and chips and a pint of (I-forget-which) beer. Both were exquisitely mediocre. Honestly, Captain D’s would’ve been more thrilling. After our lunch, we hit the streets and took a leisurely stroll down Oxford Street, oohing and aaahing at all the trendy shops and extravagant window displays in one of central London’s premier shopping districts. Eventually, we found ourselves at the entrance of Hyde Park, a sprawling urban greenspace near the Marble Arch.

What to Do in London – Bike through Hyde Park

At the edge of Hyde Park was one of many bike rental stations located throughout the city of London. Anyone can borrow a bike for as little as a few minutes or for as much as a day using an automated rental booth. It’s a brilliant system and we were swift to take advantage of it. Each of us rented a bike (free for the 1st 30 minutes!) and cycled around the park enjoying the lovely weather and the landscape.

After the bike ride, my friends headed off towards Regent’s Park for dinner near Primrose Hill, while I hopped on the tube back to my room to change and head back out for an evening show.

What to Do in London – Take in a Burlesque Show

In my pre-trip research of little-known things to do in London, I discovered that the Brits are big on burlesque. There are several burlesque-specific venues in London with a host of performers to suit almost any palate. One such venue is Volupte, a burlesque supper club and bar with almost nightly shows. That night’s show was aptly named Burlesque and Blues – a variety-style set featuring 2-3 burlesque performers, a comedic magician, a live band, and a jazz chanteuse. It was the most polished burlesque show I’ve seen to date. Definitely did justice to the genre and made for an entertaining evening that was worth getting all dolled up for. Unfortunately, I couldn’t take any pictures of the burlesque performances.

After the show, a dj came on and began playing a nice selection of 80s and old soul tunes as people migrated to the upstairs bar.  My waitress suggested I go upstairs as well and see Mike the Bartender, tell him I’d had the Porn Star, and have him whip up a bespoke cocktail to suit my tastes. I did just that, and after the DJ finished his set he joined me, two other birthday girls celebrating, and Mike the Bartender for a couple of hours of witty banter, drinks, and idle chatter at the bar. During our conversation, it was discovered that Mike’s real name was Mike the Opera Singing Bartender, on account of the fact that he’d studied to be an opera singer. At a university…  in Texas. Go figure. Here’s a little taste of one of Mike the Opera Singing Bartender’s many talents.