your dreams are your legacy 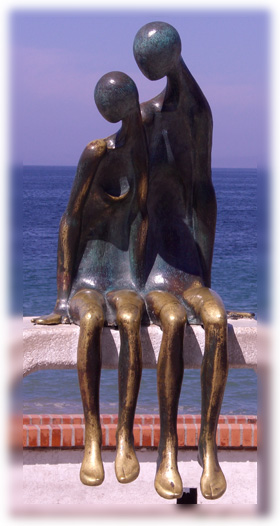 They are telling you that you are growing older. Becoming less and less useful by the day. They – as they always have – are lying. My (now former) pastor spoke often of the rise of the so-called Davidic generation – the next flock of youth that would take up the reins from the older ones. Some would say that this new flock, this Davidic generation would render the older ones impotent, irrelevant. But where do you think the young ones get their vision? If the older ones are not there to guide the youth, where do you think they will go?

What did old Jesse say to little David that imbued him with the courage to slay a giant and become king?

What words did the elderly Jacob say to Joseph that allowed him to survive slavery and become the Pharoah’s most trusted advisor?

What family lessons, personal histories, successes, hopes, failures were passed down from generation to generation, on and on until the time when a frightened young girl named Mary became pregnant and gave birth? And those same dreams that had been whispered since David was a child came forth from her lips and settled on the ears and in the mind of this unexpected, unexplained gift – this child of hers, this bearer of light whose message would last for thousands and thousands of years.

What might you say to your own little lightbearers?

Whisper your own histories to your little ones. Turn them into bedtime stories that you tell them every night until they know them by heart:

“Once upon a time there was a little girl who wanted to be a ballerina…”
“In a faraway place a long, long time ago, a little one just like you wanted to speak to the animals…”
“There was once a boy who dreamed of being President…”

For every child is the incarnation of the dreams of his father, the realization of the hopes of her mother. Your hopes, dreams, and wishes are your children’s legacy. Do not deprive them of this.

Dream big, hope huge, wish infinite. When your children grow they will become the giants you once imagined yourself to be.