Aight. I’m just gonna speak on this once, then I’m done.

This message is for my godchildren, praying folk, spiritual warriors, lightworkers, wakan women, men of magic and mastery, meditators and chanters, and for all those that have ears to hear. All of this railing and gnashing of teeth and swearing at TV screens and hyperbolic commenting on every move or action this new leader makes is not the move. More than ever, your purposeful energy and focus is needed, and frittering it away on ‘being in your feelings’ is effectively weakening our cause. Case in point: I work with a lovely woman, a godly woman who mentioned to me on our way to lunch today that she was doing the ‘Daniel fast’ with her church. I asked her about it and what it entailed and then went on my way. Moments later, we were both in the breakroom. Me eating my lunch and deep into my Facebook feed, purposely ignoring the goings-on in the room. She – along with at least a dozen others – staring at the inauguration on the TV screen with a long face and emitting a caustic comment to almost every line of the new leader’s inauguration speech. When I finished my lunch, I quipped to the others as I walked out, “What y’all watchin’?” before laughing and sashaying off to my next meeting (Yes. I said, sashay, dammit.).

Later, still intrigued by the ‘Daniel fast’ my co-worker mentioned, I googled it to learn more about it. The fast is based on the biblical passage from Daniel 1:12 which talks about eating veggies for 10 days. But looking back to the beginning of the chapter and taking the verse in full context, the larger story is about 4 Hebrew youth (Daniel being one of them) who were true to their faith and considered some of the ‘cream of the crop’ in their community. A new leader had recently taken control of their lands and had specifically picked these 4 to come ‘be on his team’ so to speak, which included learning his language and eating his food. Danny-boy was like, ‘Cool, I get it. New leaders come and go. It’s the Old Testament. Sh*t is mad unstable. But this whole eating the food thing? Nah. Not gonna work for me and my homeys. We are officially anti- that.’ 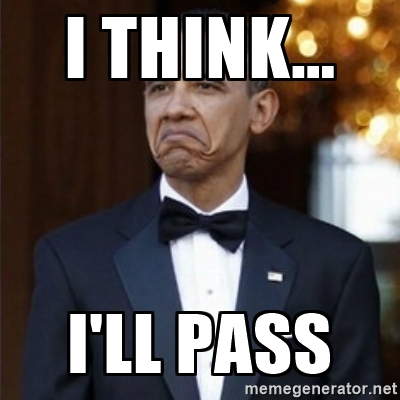 The king’s caretaker was nervous. ‘If y’all just eat veggies, you’re gonna be thinner and ashier than everybody else on the team for sure, and that’s gonna get all of us in trouble. No way, Daniel-san. Not on my watch.”

To which Danny replied, “Just give us 10 days.”

After the 10 days were over, Danny and his 3 kinfolk were fatter and prettier than everybody else in the place, so they were left to their own devices from then on. Over time, they came to be known as the wisest men in the land and even became known for having ‘extraordinary’ powers.

Now, all mystical / spiritual texts can be taken either literally or as encoded message. What I took from that text was not a command to eat veggies for 10 days, rather it was a command to not swallow the BS if you want to stay true to your own values and grow in personal power.

Don’t consume the filth, the vitriol, the bad behavior. Refuse it. Ignore it. Fast from it. If you do not, your mind and energy will be scattered with every new occurrence, and you already know there will be plenty of occurrences. Furthermore, don’t be dismayed when some of your assumed kinfolk start supping at the king’s table. Instead, bring all of your energy back into yourself. Redouble your efforts on your work, your craft, your service. Dance your dances and sing your songs with all the windows open and the lights on. Never let them see you looking thin and gaunt, or sad or frustrated or unhappy or bitter. Support and speak life into others who are working on causes that are aligned with yours, and watch us all grow fatter and stronger.

We all have our chosen work. I am not a political person, but I appreciate and support and answer the calls of those who I trust that are activists in that arena. Those of us who focus our efforts on areas that transcend politics have a responsibility to work just as hard as our cohorts. We fail them and ourselves if we focus on the distractions and neglect our own goals and missions.

So, for all of us who are officially ‘anti-that’, today was your inauguration. What promises will you keep, what accomplishments will you count over the next 4 years?