how to do the mayan riviera – playa del carmen 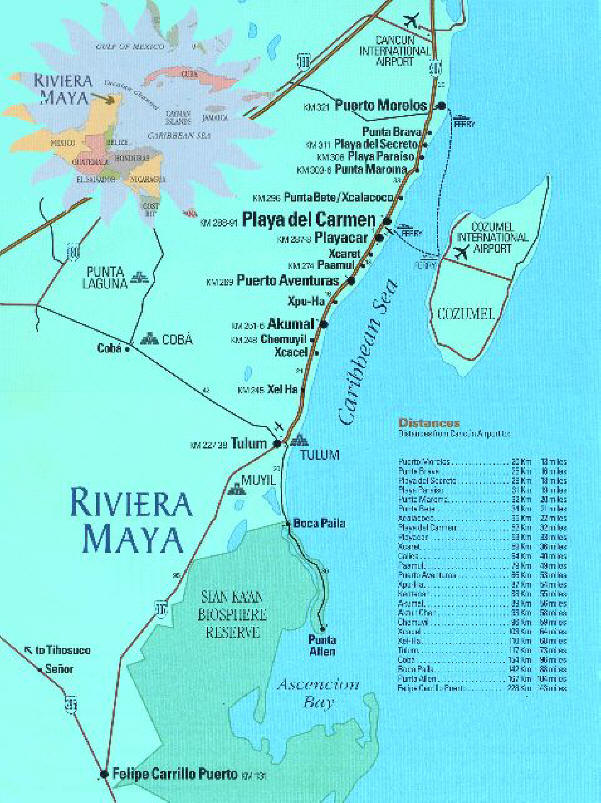 When it comes to defining the perfect vacation, I admit I’m a bit schizophrenic on the issue.

Part of me wants to flex my Indiana Jones muscles and swing from jungle vines, jump off cliffs and trek through virgin forests. Part of me wants to submerge myself in all the indulgences that I usually only dip my toe in,  some parts of me really wants me also to use my new outdoor pieces of equipment which I bought after seeing the best reviews for sports and outdoor gear, and still another part wants to make like a bump on a log and do nothing more than watch the world go by before my half-lidded eyes.

Strangely enough, none of me has ever expressed the desire to head for a place that’s been designated ground zero for a possible pandemic, but that didn’t stop me or the beau from boarding our flight to Mexico for my birthday trip. You see, we well-raised Southerners don’t just abandon our neighbors when they’re sick. No siree. What we do is pack up a bowl of homemade chicken soup and bring it right to them. So we boarded our flight with a heaping serving of optimism tucked into our carry-ons to share with our neighbor to the South.

Our first stop on the 6-day trip was Playa del Carmen. About 40 minutes south of the airport in Cancun, Playa is sort of like the Virginia Highlands to Cancun’s Buckhead. Where Cancun is known for its non-stop frat-boy party atmosphere, Playa del Carmen attracts a more laid-back, bohemian crowd. At the south end of Playa del Carmen is a gated beachfront community known as Playacar, which includes several vacation rentals and all-inclusive resort properties. We were booked to stay 2 nights at the all-inclusive Riu Tequila in Playacar, but after pulling up to the first Riu property – Riu Yucatan – and asking the security guard, “Donde esta Riu Tequila?” I got, “Esta cerrado“. Er? Cerrado? I gave the guard my ‘whatchu  talkin’ ’bout Luis?’ look, and he directed me to the front desk for a full explanation in English.

As it turned out, of the 5 Riu properties located in Playacar, only the Riu Yucatan was not ‘cerrado’ and everyone who had reservations at the other resorts had been consolidated into one. Even then, the property was probably only at about 60% capacity. Apparently, not everyone shared our optimism about the flu scare. Fortunately though, the change was a bit of an upgrade, since the Riu Yucatan was located directly on the beach.

After settling into our room, indulgent me began to get restless at the thought that an endless supply of free liquor was only steps away, so we made a beeline to the poolside bar. Before the end of our second drinks (note: at an all-inclusive, time is measured in number of drinks consumed), we met and made fast friends with Jen and Rico, a couple visiting from Dallas. Jen and I hit it off when we quickly learned that we were both Geminis, and shared similar tastes in music. 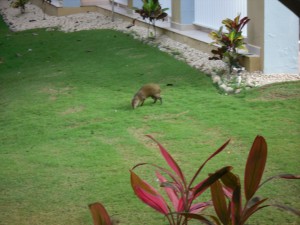 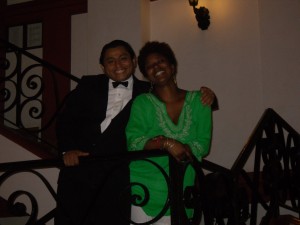 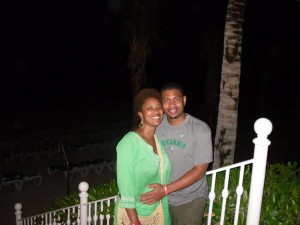 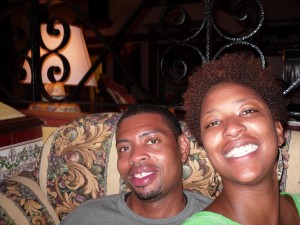 … I also learned that the proper way to kill ‘la cucaracha’ is to light it on fire and slurp it down with a straw. 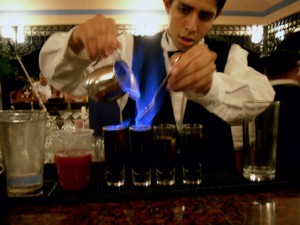 But most importantly, I learned that sometimes you just gotta know when to say ‘when’.

The guy in the photos above is actually a trained professional. He’s from Belgium. I hear they start drinking in kindergarten there.

On our last day in Playa, we decided to give the Riu’s so-so buffet a break. We headed out with Jen and Rico to La Floresta, a restaurant recommended by one of the Riu resort staff who lived in Playa. La

Floresta is well-known in the area for its seafood tacos. In fact, there’s not much more on the menu. There’s a choice of crab, shrimp, fish, or marlin taco, plus ceviche and ‘cocteles’ and beer. Rico is Mexican-American, and speaks fluent Spanish, so he quickly informed our waiter that we would be having one of everything. In less than 5 minutes, a slew of the tastiest, freshest seafood tacos began arriving at our table, followed by unbelievably large servings of mixed seafood ceviche and a large mixed seafood coctel – which included shrimp, octopus, scallops, and oysters in a sweet-tangy tomato based sauce. I’m actually getting kind of sad writing this, as it seems so very, very unfair that I have never experienced anything quite like that meal before, and will probably have to go back to Mexico to experience it again. Everything was very simply prepared so the freshness of every ingredient from the soft corn tortilla to the seafood that tasted like it had just swum onto the plate, was highlighted. I added nothing to the tacos other than a few drops of the ‘sweet-jesus-that’s-hot’ green habanero sauce on the table. When la cuenta arrived, I was surprised to see that our whole meal came to $50 USD. Yep – 2 orders of ceviche, 1 large coctel, 8 tacos, chips and salsa, and beer… for about $12 per person. Sigh. 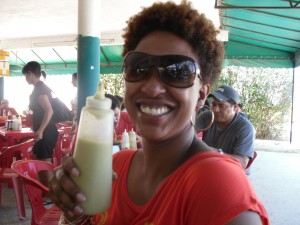 After lunch, we did a little shopping in the pedestrian-only area of Playa del Carmen, before bidding Jen and Rico goodbye and heading south to our second destination, Coba. 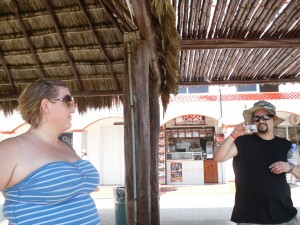 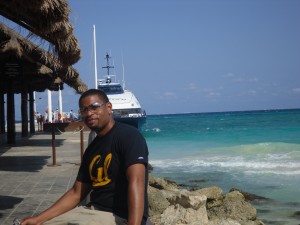 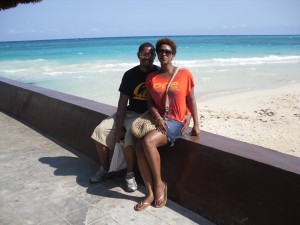 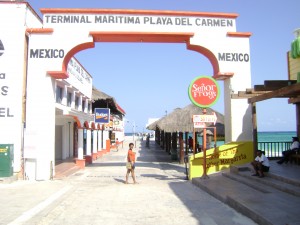 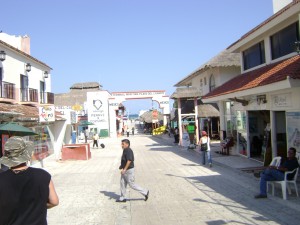 After the all-inclusive bingefest, I was glad to be heading for a more rural setting.