how to do the mayan riviera – coba 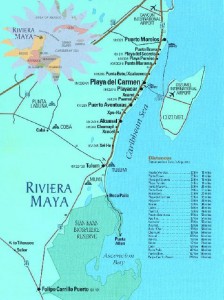 Coba is about 40 minutes south of Playa del Carmen – a straight shot down the 4-lane Highway 307 that runs along the Caribbean coast of Mexico, much like I-95 runs along the coast of Florida. It was an easy drive on well-paved, uncrowded roads, but the speed limit signs were a bit of an oddity, going from 100 km/hr to 40 and back to 100 within the span of a ½ mile. Plus, there were several ‘topes’ or speed-bumps in what seemed to be totally random spots in the road, but other than that, the drive was non-eventful.

Coba is to the east of Tulum, so it’s set in more of a ‘jungle’ setting. I put quotes around the word jungle because when I think jungle, I think lush, dense tropical foliage and a variety of flora and fauna. The jungle setting of Coba is drier, and more hardscrabble, but considering the rainy season is just about to start, I suppose that should be expected. We’d originally planned to only stay in 2 places, but when I saw the pictures and reviews for La Selva Mariposa during my pre-trip research, I did not want to pass up the opportunity for a visit.

La Selva Mariposa (The Jungle Butterfly) is a bed and breakfast owned by Moe and Lou Pintkowski, an expat American couple from Colorado. To say that the place is beautiful sounds almost trite. La Selva Mariposa is, quite literally, an oasis in the desert. There are only 4 guest rooms on the 2.5 acre property, and each room has been crafted to blend in seamlessly with the surrounding natural environment. The walls are made of local stone and plaster, the roof is in the traditional thatched-palm palapa style, there’s a Mayan temazcal or steam bath onsite, and just off to the side of each room is a small cenote-inspired pool with cool, clear water cascading over rugged stones. Natural and opulent have never blended so perfectly together. Our room even had an open-air shower…bliss! 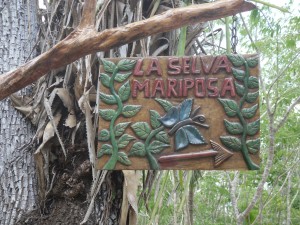 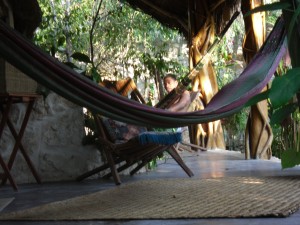 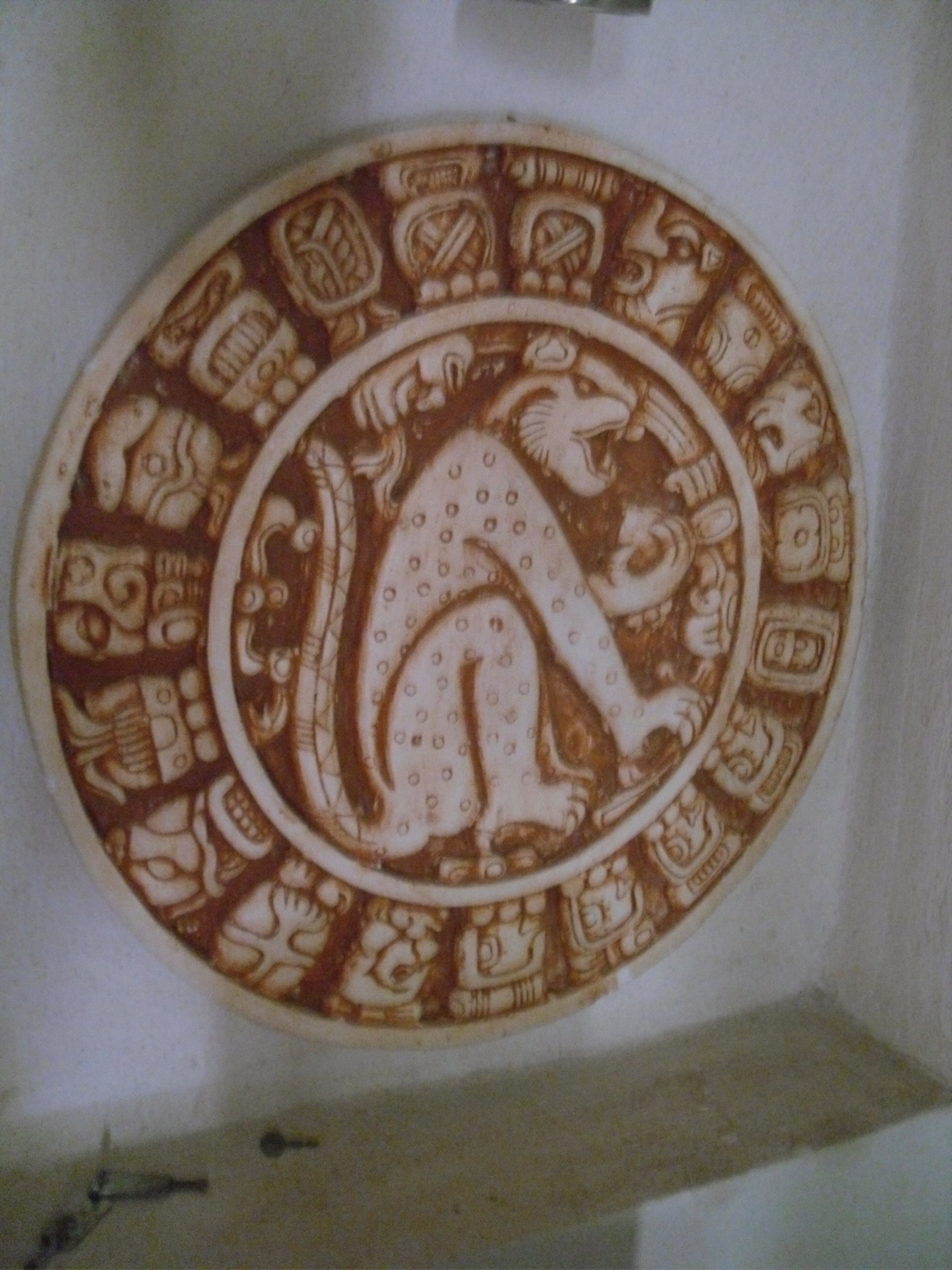 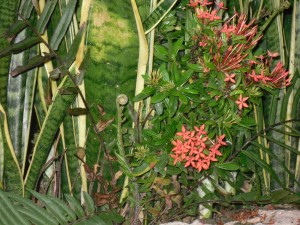 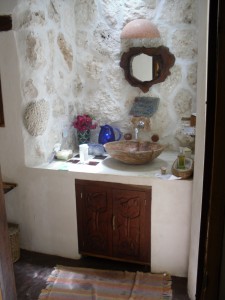 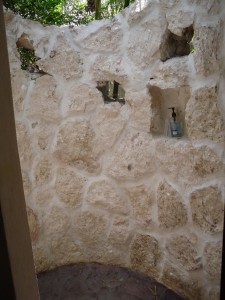 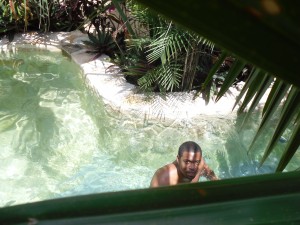 In desperate need of rejuvenation, we spent the entire time at La Selva right at our room, lounging on the hammock on the porch, taking a quick dip in the pool, and eventually falling asleep to the sound of falling water and mating frogs on the other side of the screened door.

The next morning, Moe made us a delicious breakfast of yogurt, granola, fresh fruit and scrambled egg tostadas with cotija cheese and a slew of toppings. I don’t even like scrambled eggs, but I ate it all. Ok, I ate it… most. After breakfast, there was more heavy lounging and a half-hearted discussion on which adventurous excursion we might try to make before leaving Coba, but in the end we concluded that making our way to the beach in Tulum would be adventure enough. 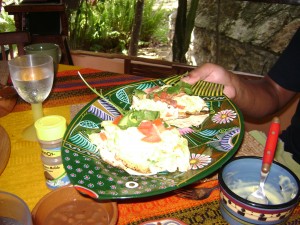 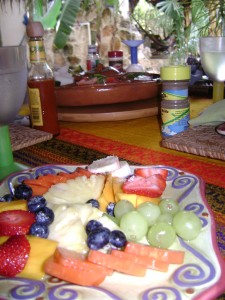 We set out early in the afternoon for our third destination. With all that talk of adventure, we had worked up an appetite, so when we spied the neighborhood ‘grilled chicken guy’ out on the road with his grill at full blaze, we decided to stop for lunch. 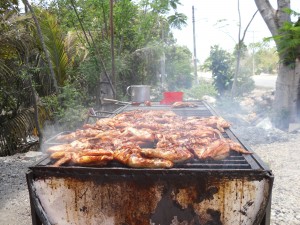 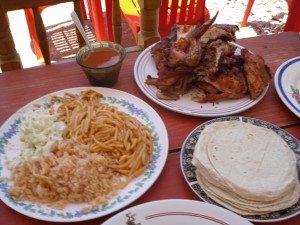 Don’t know if you can tell from this picture, but Gaspar the Gallo Griller also has a full grill in his mouth. The chicken business is obviously doing well. 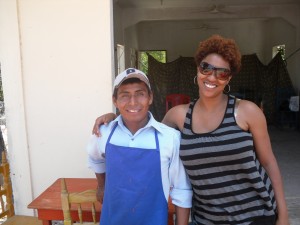