While I don’t watch the Food Network nearly as much as I used to, I still find myself lingering on that channel more than most others. Yet these 4 Food Network hosts will have me hunting for the remote control faster than you can spell EVOO.

Rachael Ray makes me think of mayonnaise and Wonder Bread – two things that instantly make me retch just at the mention of them. Her nasally accent, her annoying little sayings, aka Rachael Ray-isms, like: yummo, easy-peasy, sammie, stoup, and delish; plus her uber-flat pronunciation of anything that sounds remotely foreign is enough to make my ears bleed. Frankly, those so-called 30 minute meals aren’t exactly time savers if it involves an additional 30 minutes for me to clean up all the blood and vomit expelled from my facial orifices after watching the filth-flarn show.

Now don’t get me wrong – I respect Rachael’s entrepreneurial gangsta and all. This woman is a brand that rivals Martha and Oprah, and there’s a lot to be said for that. Plus, when she’s off camera, she actually seems to be a lot more palatable. But her over-the-top onscreen personality earns her the top spot on the list of Food Network stars I love to hate.

Not to mention she kinda reminds me of Audrey Griswold from National Lampoon’s European vacation. Speaking of which if you are planning to take a vacation, do look at these Europe Travel Deals Discounts as it can save you a lot of money and help you create an easy travel itinerary. 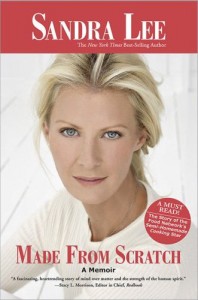 Memoirs of a Fembot

Sandra Lee is a fembot with faulty wiring. I’m certain that if this alleged woman were dissected, there would be no human organs found inside, only clock parts, glue, and popsicle sticks. This ‘woman’ and the food she cooks is an abomination. She is the representation of everything that is going wrong in American kitchens today. The majority of what she cooks is processed or pre-packaged food that comes out of a can or box, like I assume she did. And if I had to guess, I’d say her internal workings are fueled by alcohol, since the only time on her awful show when she looks even remotely lifelike is when she’s preparing a cocktail to drown out the taste of the plastic food she’s prepared. And don’t even get me started on those tablescapes. Look, I love a nice decorative table theme, but the stuff she puts out there looks like an android’s interpretation of human celebratory rituals.

In this video clip of Sandra Lee outtakes, she slips up and reveals that SHE (not just her food) is semi-homemade. Also note the hefty supply of fembot fuel on the table. Just saying. 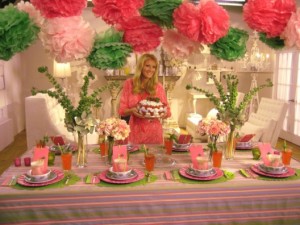 Somewhere, the Chairman sheds a tear.

Take a Benihana hibachi cook and put him in a well-tailored suit, and you’ve got The Chairman’s Nephew. As if Iron Chef America wasn’t awful enough with such inspired secret ingredients as… CHEESE, Food Network had to go and get this clown and dare to pass him off as the nephew of Chairman Kaga – the original host of Iron Chef Japan. First off, this dude is NOT Chairman Kaga’s nephew. He’s a martial arts movie actor, whose real name is Mark Dacascos. He’s starred in such stellar cinematic offerings as: Only the Strong, Double Dragon, and Kickboxer 5. And even if he was the Chairman’s real-life nephew, I’m sure Kaga in his infinite wisdom would have disowned him long ago. Secondly, the Chairman’s nephew’s presence on Iron Chef America is entirely unnecessary. He adds nothing to the show other than weird, cartoonish facial expressions and backflips that I’m not sure if I’m supposed to take seriously or if I should be offended by how stereotypically ‘Asian’ they are.

Though when not in his well-tailored suit, I have to admit, the Chairman’s nephew is kinda sexy. Yet even at his sexiest, he’s still not nearly as sexy as Chairman Kaga. Rawr. 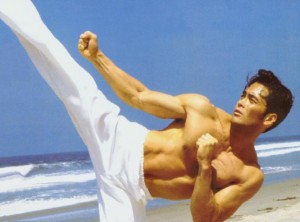 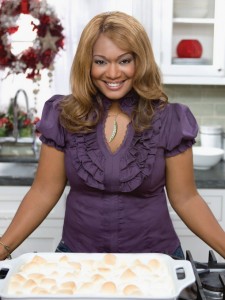 Lacefront wigs are a menace to society, and no one is immune to their horrendous effect on black women’s hairlines. Not even Sunny Anderson. I have to be honest, I really have no idea what Sunny cooks like or what Sunny talks about because every time I see her on TV, all of my other senses are rendered useless by the insurmountable distraction that is her hair. What the heck  is up with Sunny’s HAIR!? Did she borrow it from Sandra Lee? Is she recovering from chemo? I mean c’mon Food Network, there are only two brown women on the whole bloody station, and you can’t hook a sister up with a better stylist, or at least a lacefront in a color that isn’t the exact same color of her skin? Really? Really!? 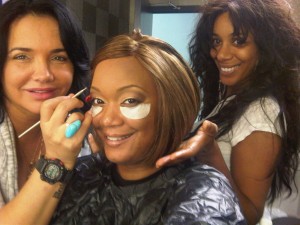 Sunny’s stylist shows off her work

What Food Network hosts do you love or love to hate? Share ‘em in the comments.