how to do panama – el valle de anton

The last 24 hours here have been quite magical, with a little bit of mayhem thrown in for good measure.

We started the morning by taking a quick walking tour around Casco Viejo. First stop was a small pizza cafe that we’d passed a couple of times the night before. Even though it’s a pizza joint, they serve some pretty good espresso (the owners are Italian), and they also have some fine taste in music. As we sipped our morning brew, funky jazzy renditions of some classic hip-hop tracks played on the stereo system. After pestering the owner, he showed me the CD that was playing – St. Germain…claro! 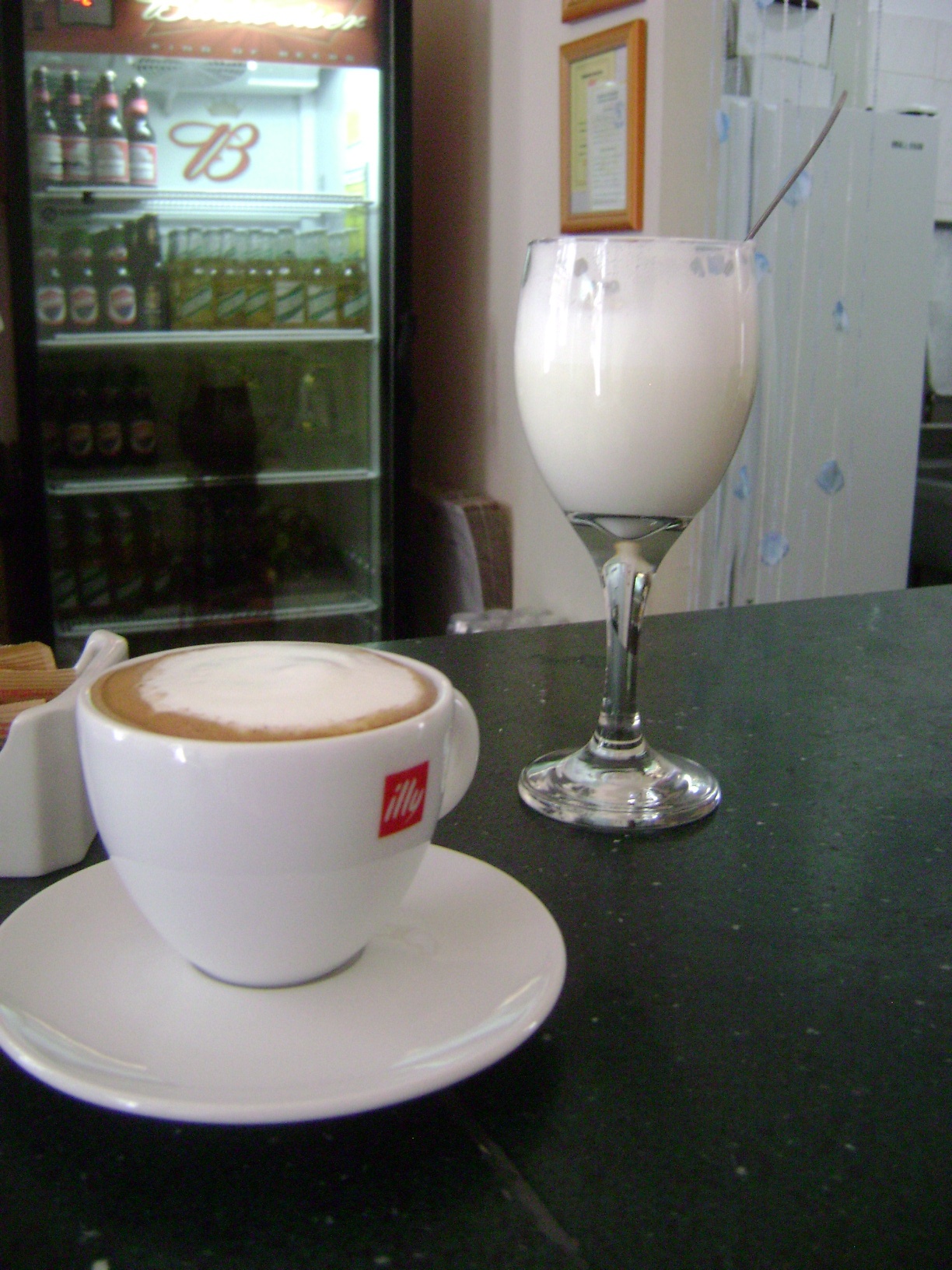 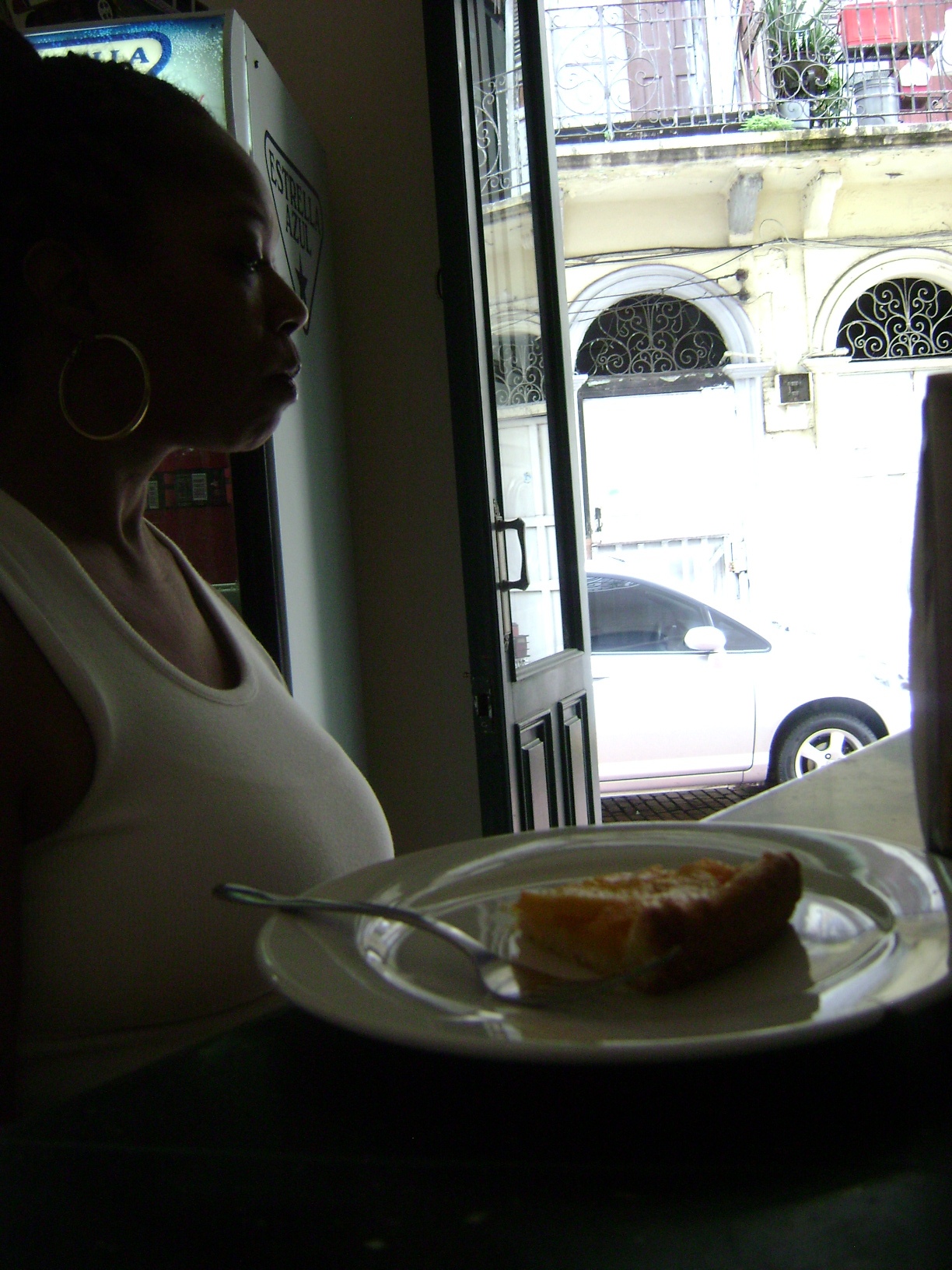 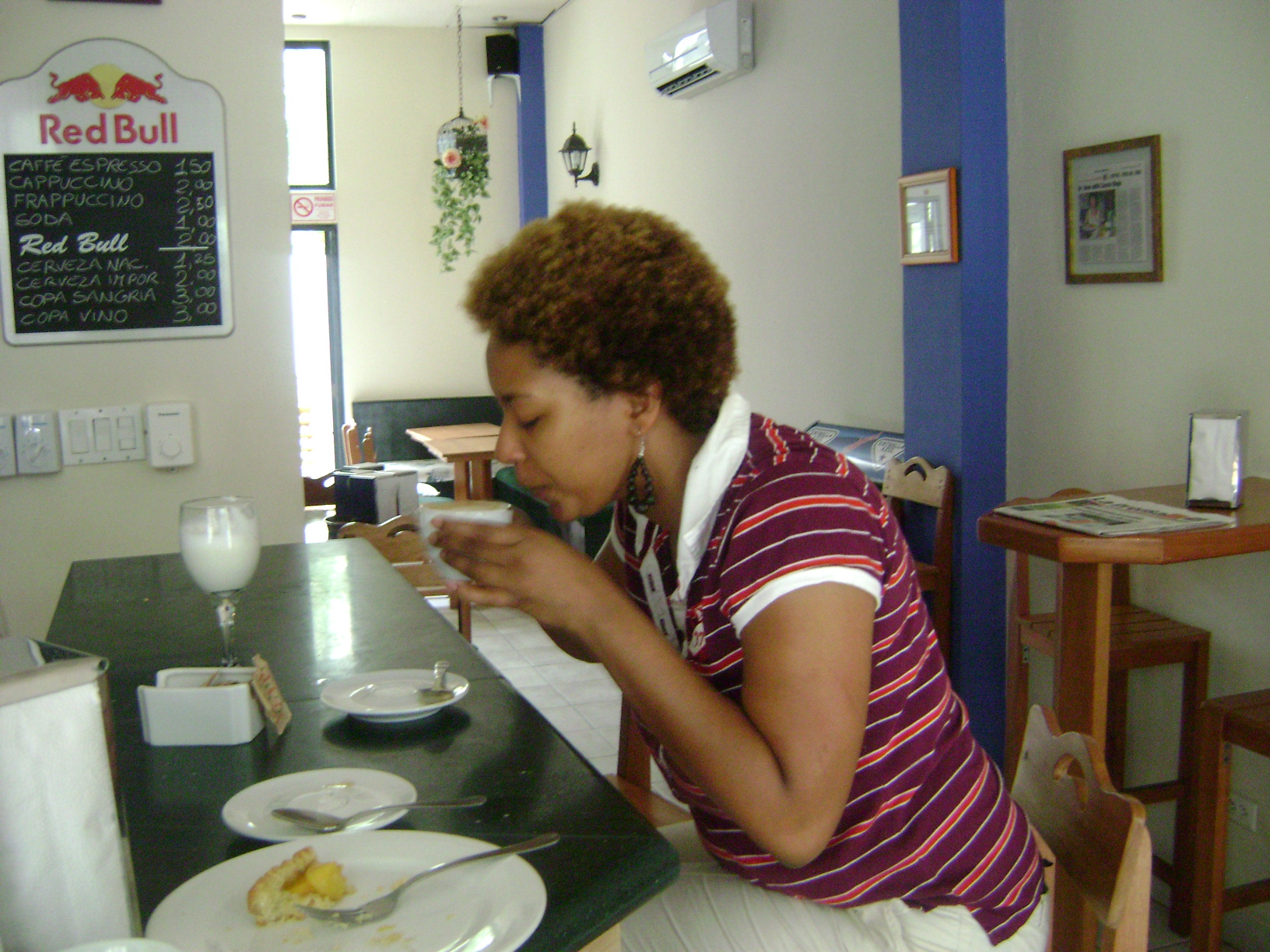 After the cafe, we headed over to Plaza Bolivar. Took some pics of the architecture that we couldn’t see well last night, and stopped to buy some handmade jewelry from some Kuna indians that had set up their tables nearby. We also wandered over to Plaza de la Catedral, so named for the large cathedral that anchors the square. We went into the cathedral and snapped some shots before heading back to the room to pack up and be out for the 1.5 to 2 hour drive to El Valle. 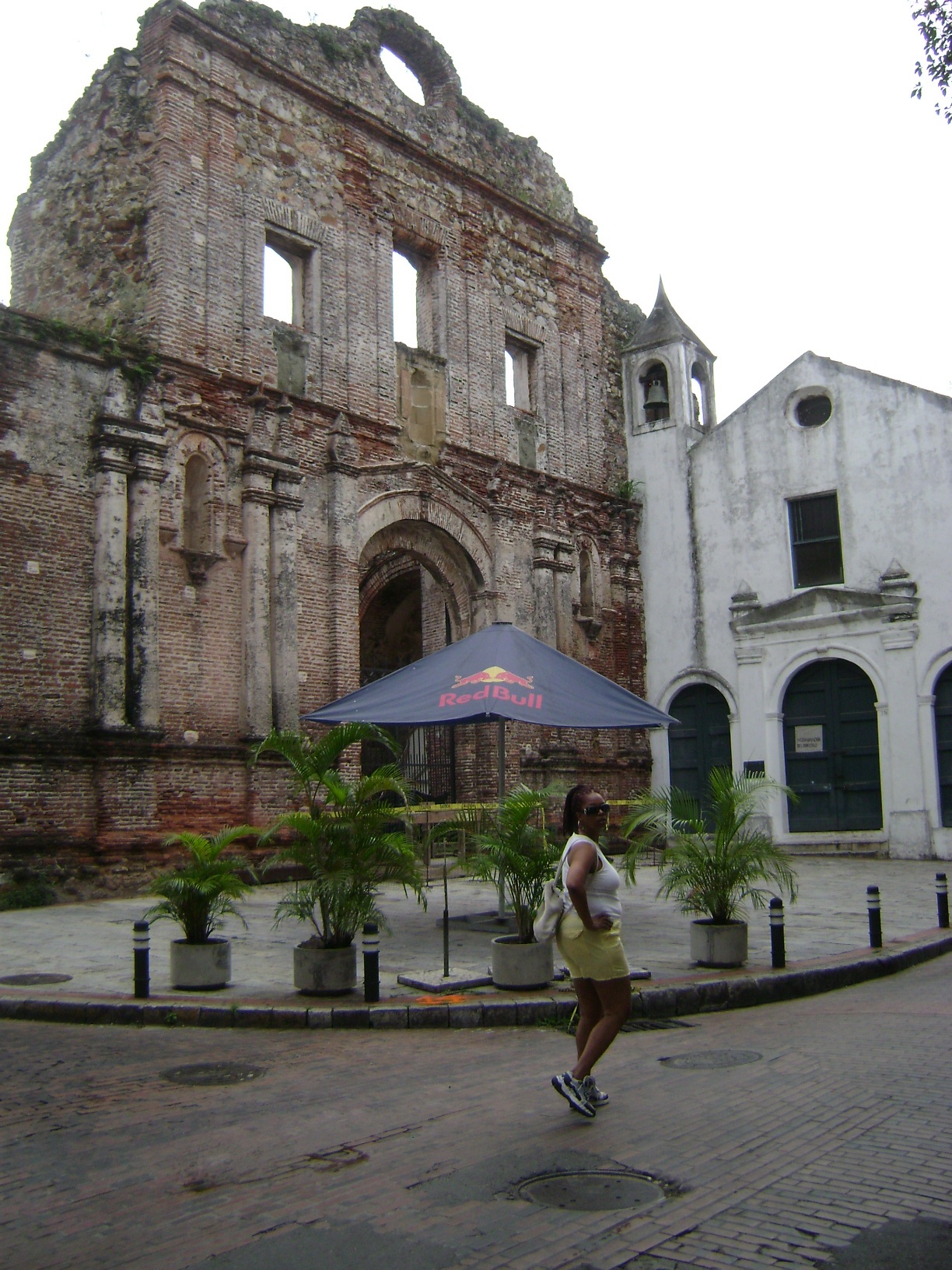 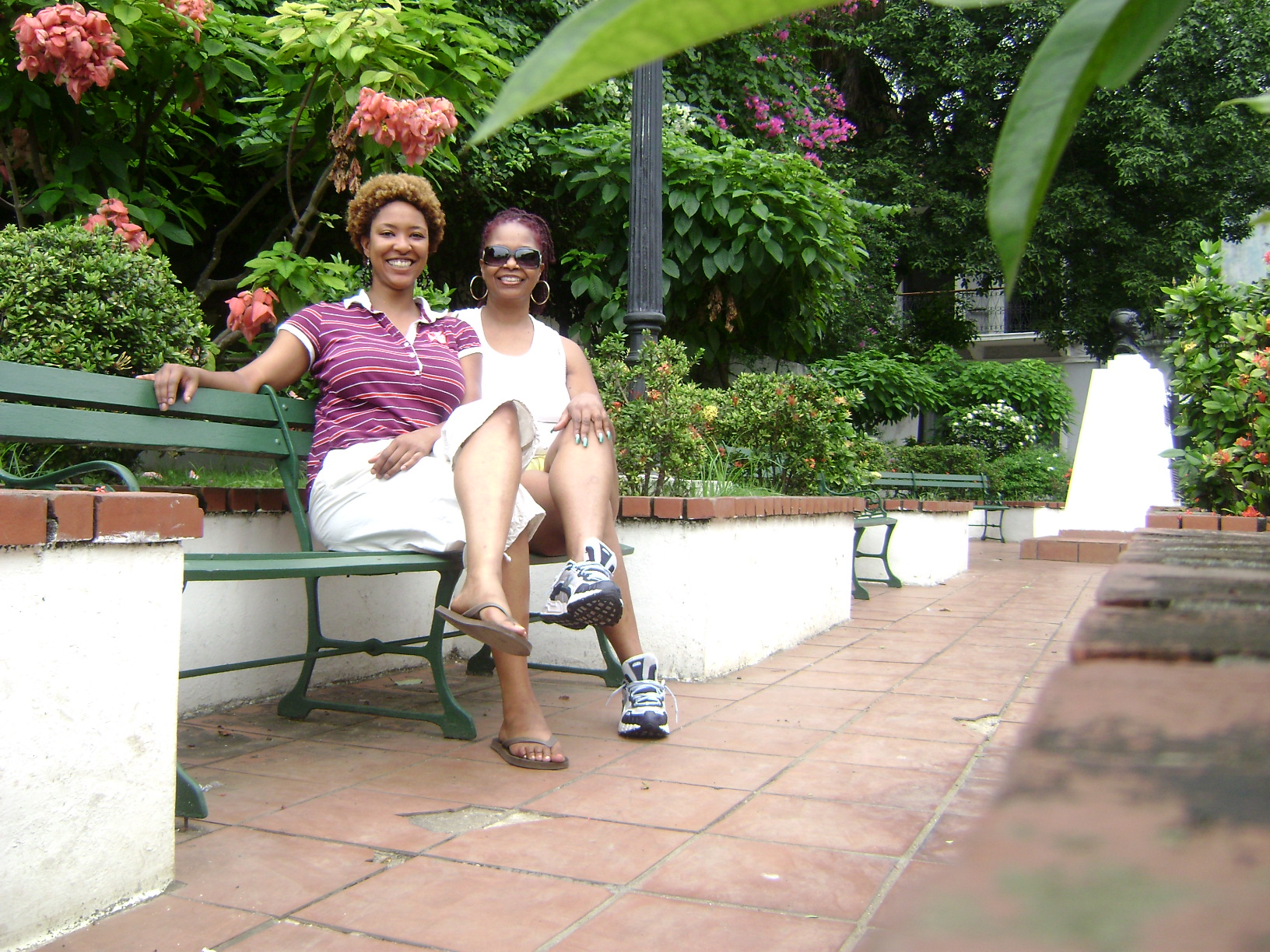 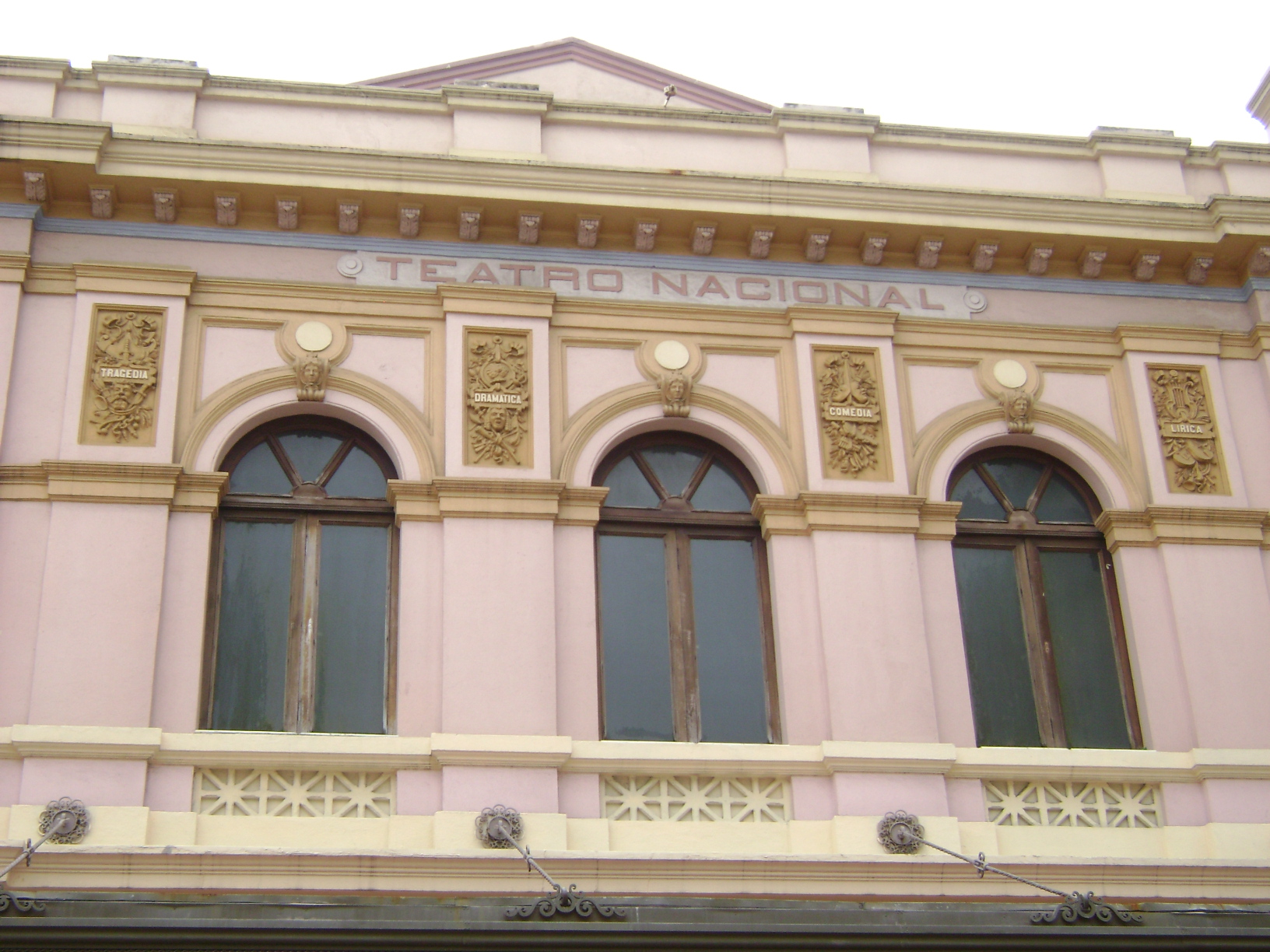 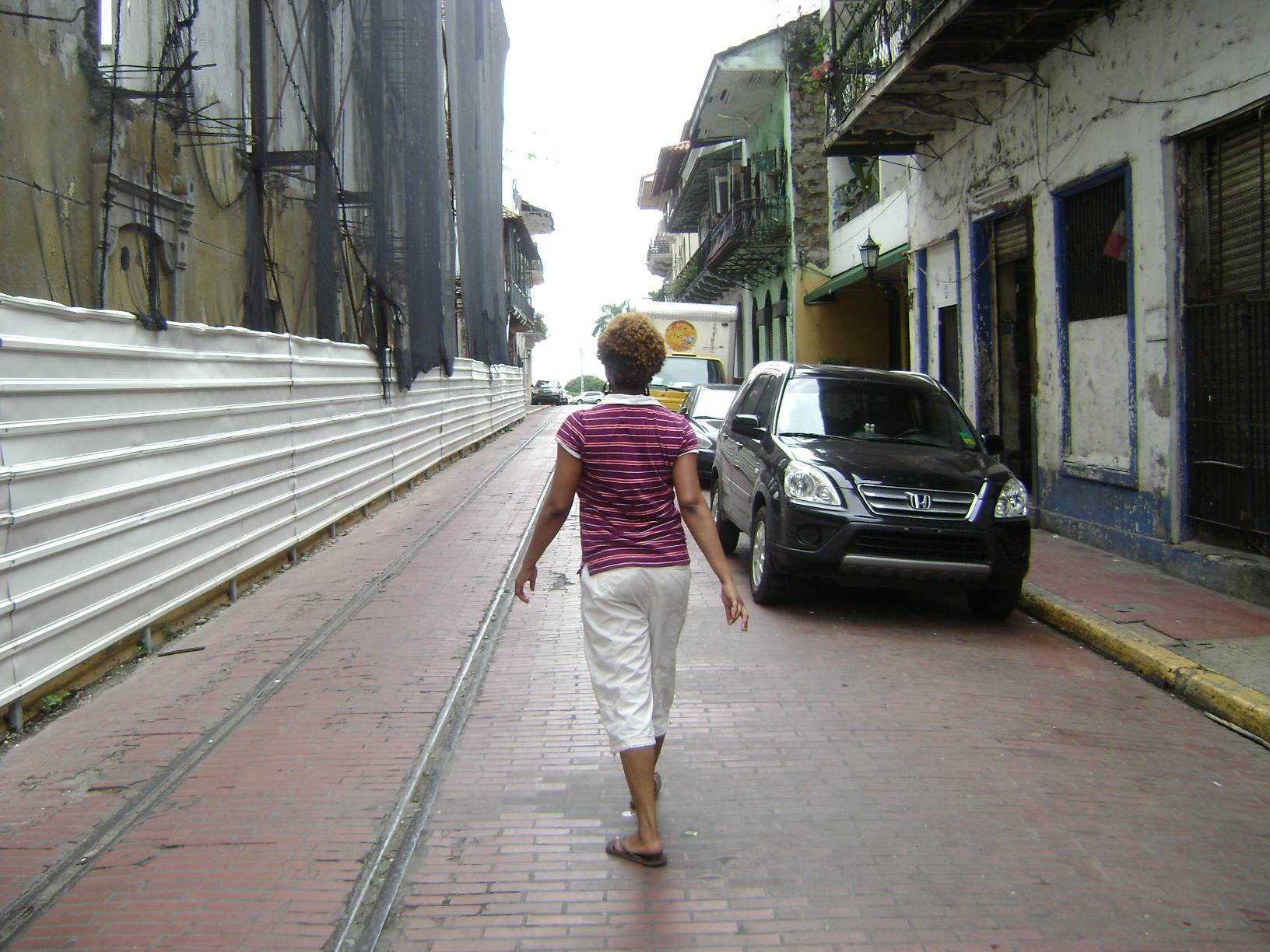 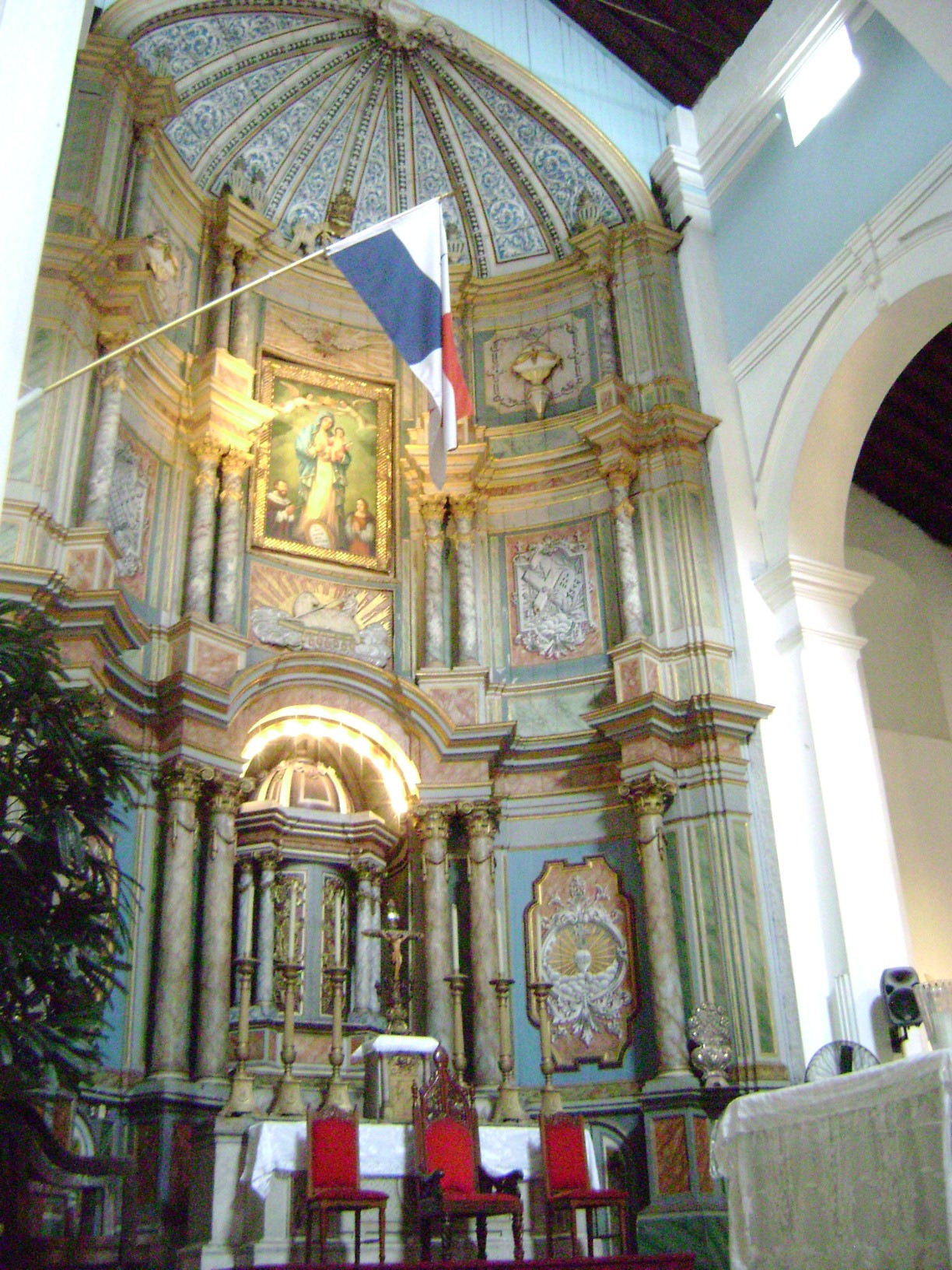 and THIS is where the drama begins.

I already mentioned the horror of negotiating traffic in Panama City, right? Well what seemed like a pretty straightforward route out of the city became a 20-minute labyrinth excursion. Plus it was Saturday morning and apparently, the whole town was out doing their weekend shopping. Cars wrecklessly navigated the tiny one-way streets, and massive throngs of people spilled over from the sidewalks into the middle of the road. Lanes? What lanes? Crosswalks? What crosswalks?

Anywho – we finally made it out of the city, and before hitting the Panamerican Highway we took a quick detour down the Amador Causeway – a long road that goes out into the bay. Beautiful views of boats and the mountains in the distance from there, but we didn’t get out or tarry, since we’d taken so long to get out of the city. Oh! I also got stopped by a police officer at the beginning of the causeway. Nothing serious, he just flagged us down, asked for my license and reminded me to drive suave…. Just call me: leadfoot the best! 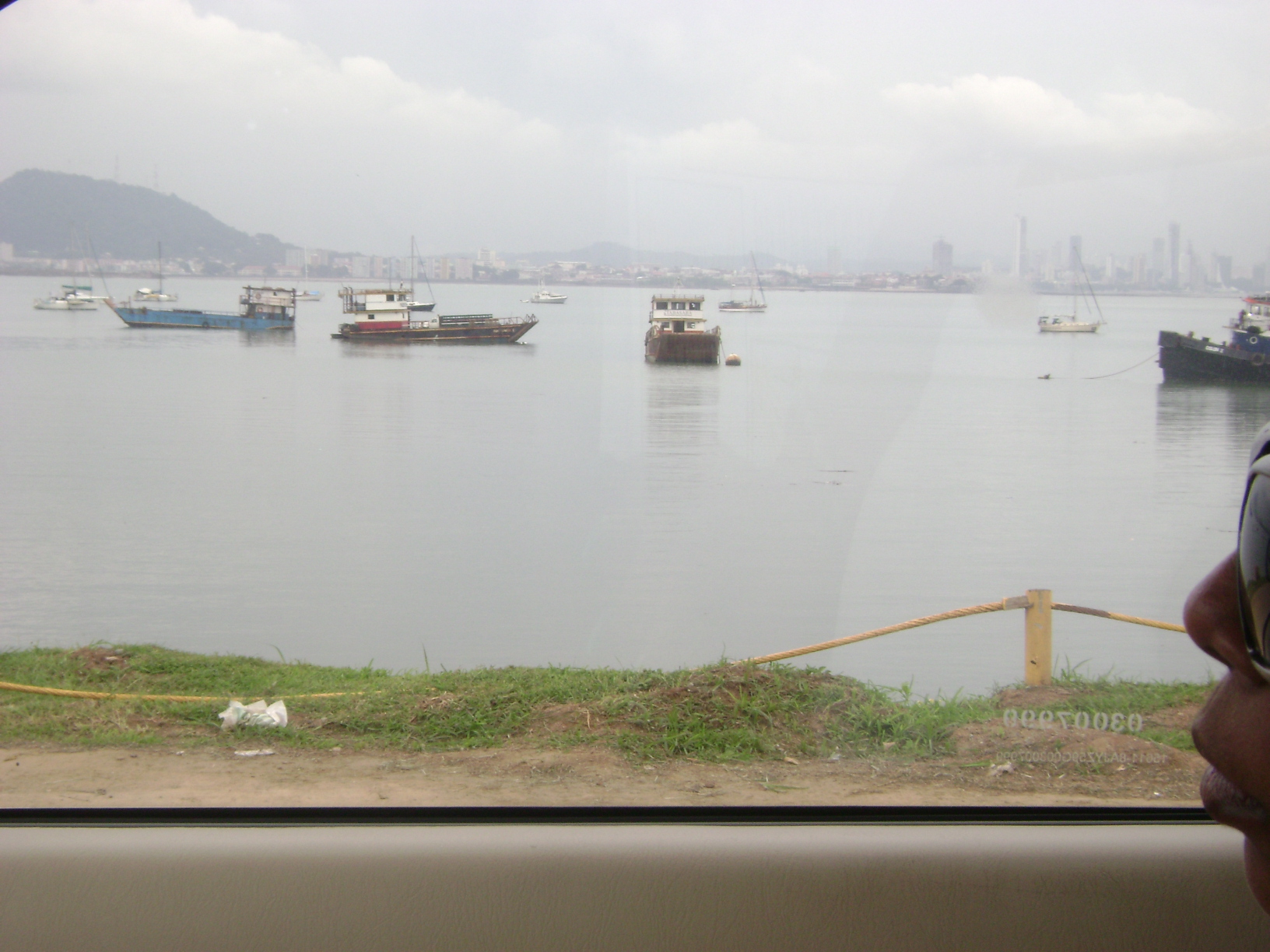 The drive to El Valle was largely uneventful – passed through a lot of towns that each reminded me of the crowded, grungy look that you see in the ethnic shopping areas in NYC. The last bit of the drive made me VERY glad that we rented a truck. Steep uphill climb on a slightly wet, potholed road (we’d just missed the afternoon rain in El Valle).

We finally made it to our hotel – the Golden Frog Inn. This place is ABSOLUTELY HEAVENLY! It’s an old villa that’s surrounded by lush gardens and abundant vegetation – there something growing / flowering / singing / chirping everywhere. As soon as we got out of the car, the smell of mint and cilantro (both grow naturally on the grounds) hit me. Surrounded by mist and mountains, it truly looks like a tropical paradise. From here, we have a perfect view of La India Dormida (a.k.a. The Sleeping Indian Woman) – the mountain that gets its name from a local legend. According to the legend, a young Indian woman was in love with a Spanish conquistador, but a local boy was in love with her. When the local boy realized his love was unrequited, he climbed a mountain and jumped to his death. The girl was deeply saddened by his death and headed for the mountain, lying down with her tear-streaked face pointing toward the sky. 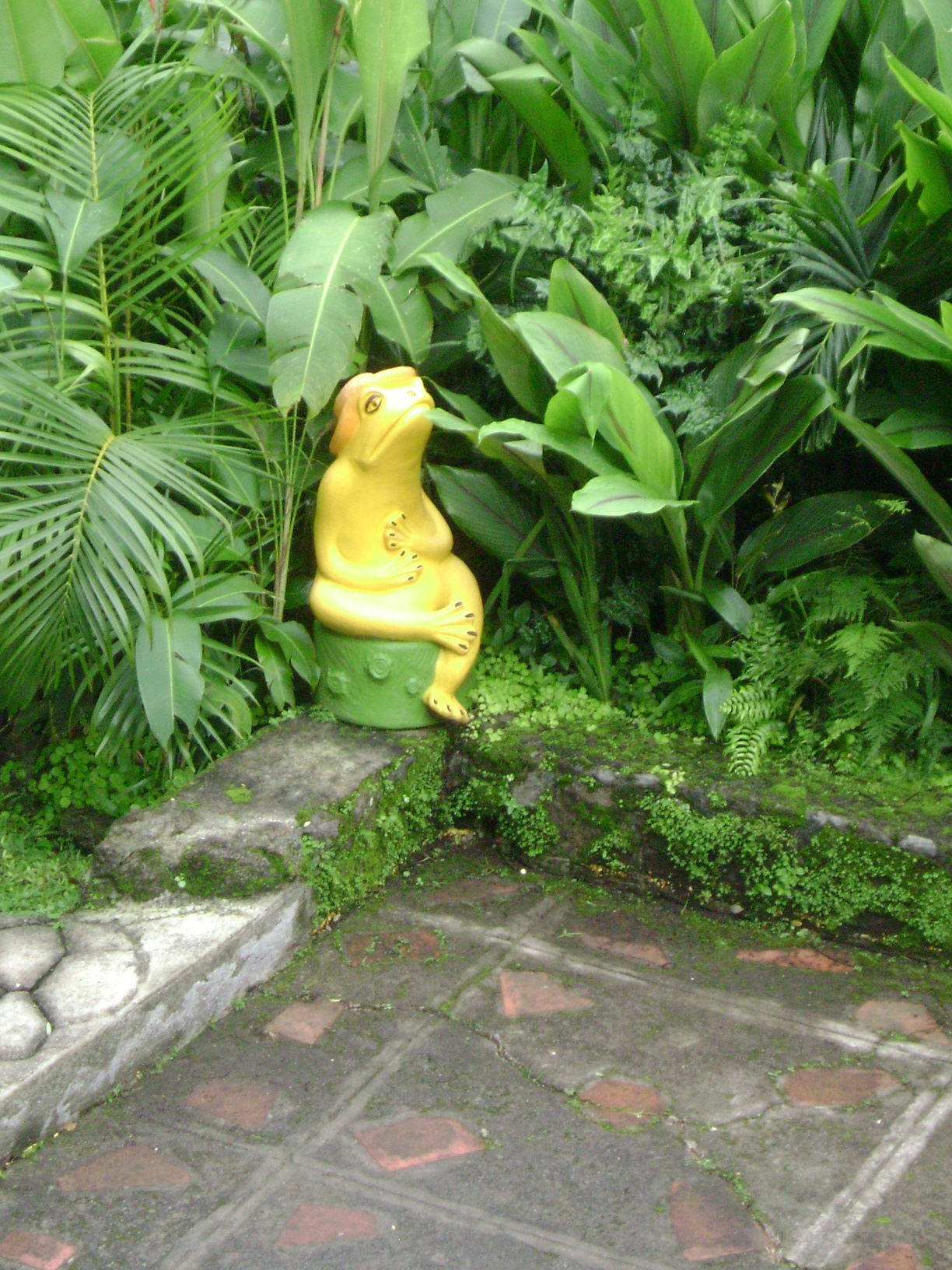 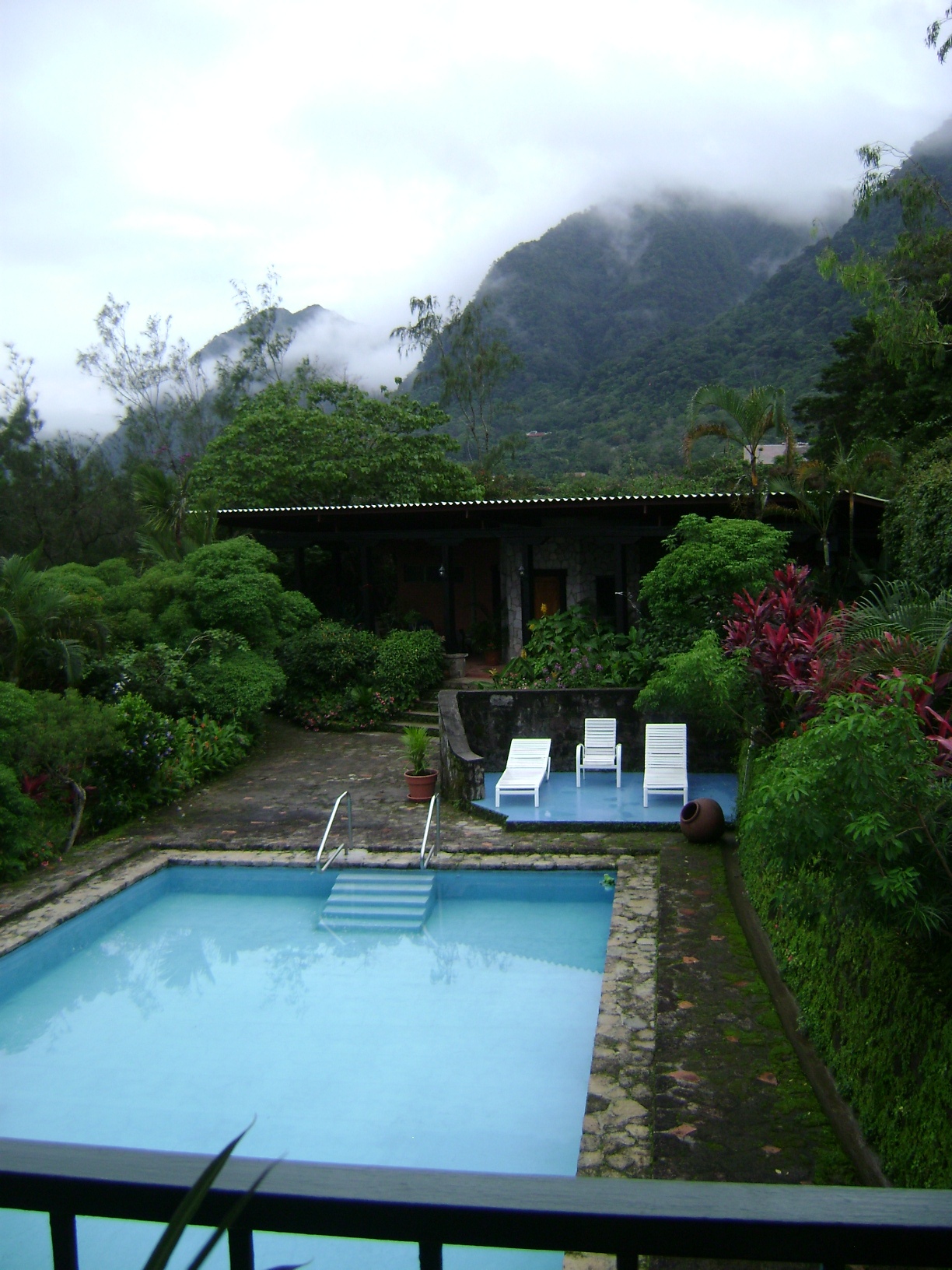 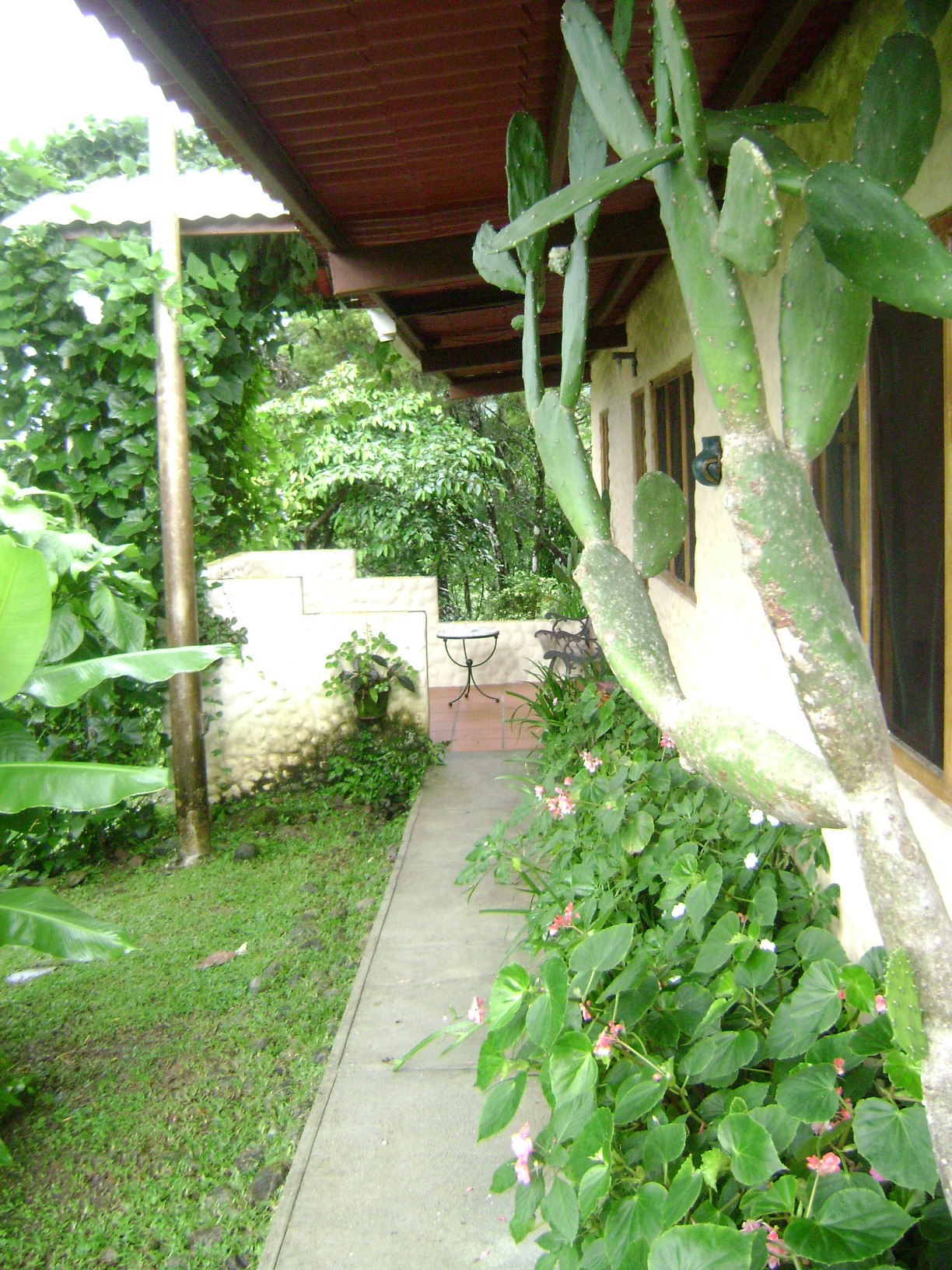 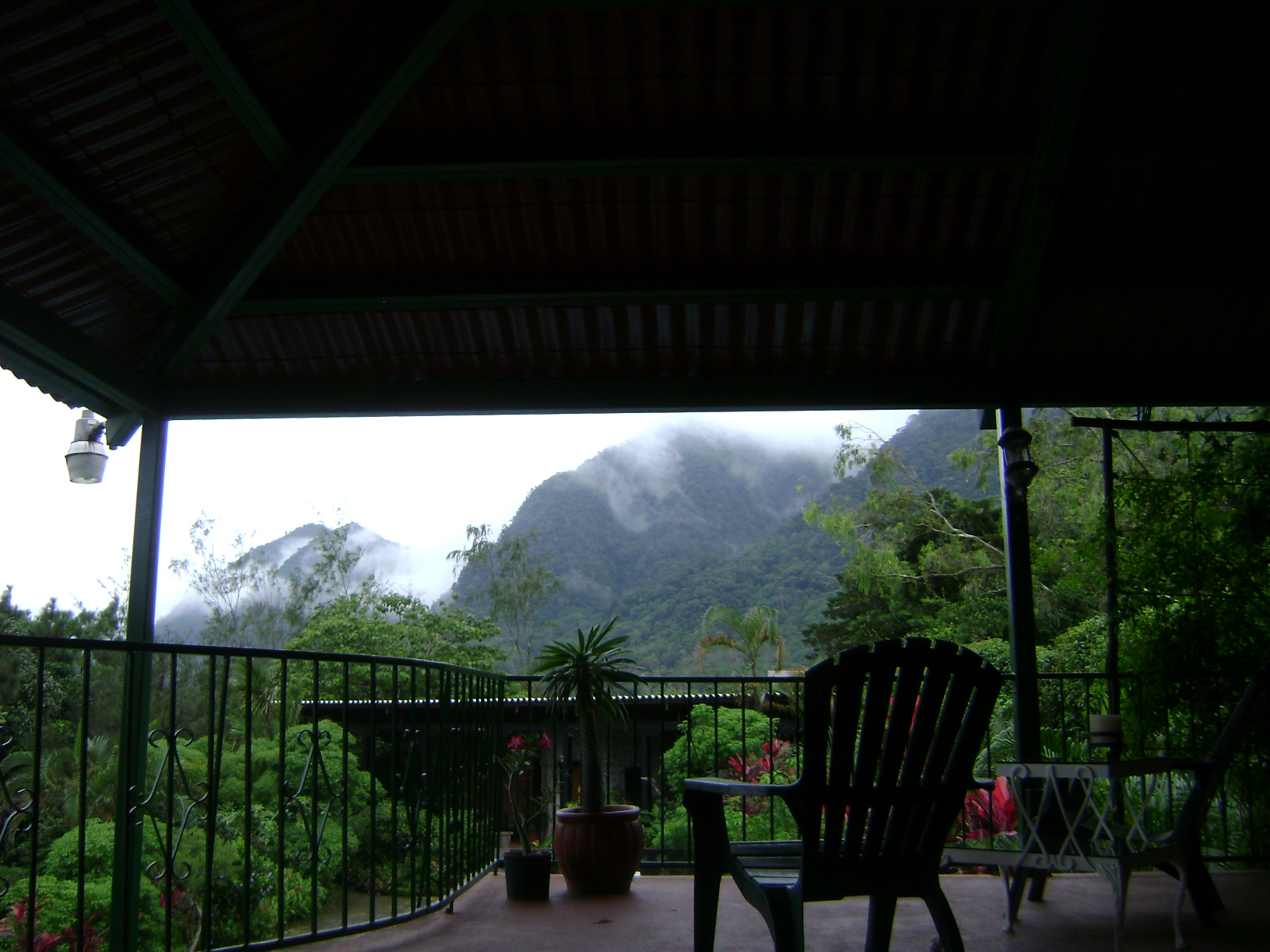 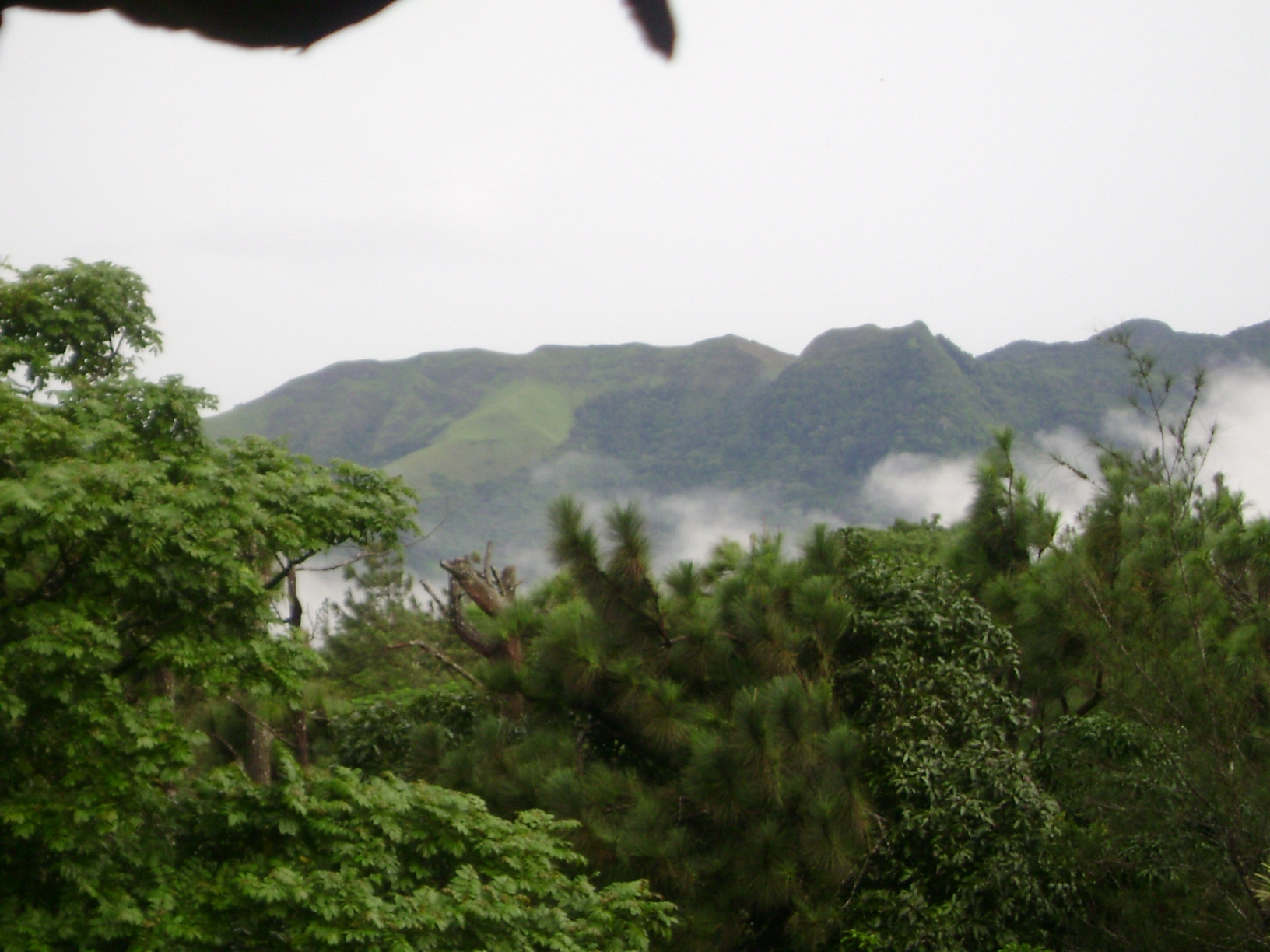 After being greeted by Becky (the owner), and showed to our room by adrian (the cute Argentine concierge), we set down our things and headed down to the center of El Valle for a late lunch at La Bruschetta, one of a handful of restaurants on the main drag in El Valle. I started with another Panamanian staple – sancocho. Sancocho is a chicken soup that’s slow simmered with cilantro and other herbs, and it’s soooo delicious. I’d like to think I could make some when I get home, but I won’t fool myself. For my main dish I had corvina al ajillo again. And even though Mostaza was a fancy-schmancy restaurant, I enjoyed La Bruschetta’s much more. And their patacones were absolutely perfect! After lunch, I’d hoped to go on the zip line and visit the hot springs, but by the time we made it to both they were almost shut down for the day. 🙁 We did get to take a quick hike past El Chorro Macho, El Valle’s waterfall. 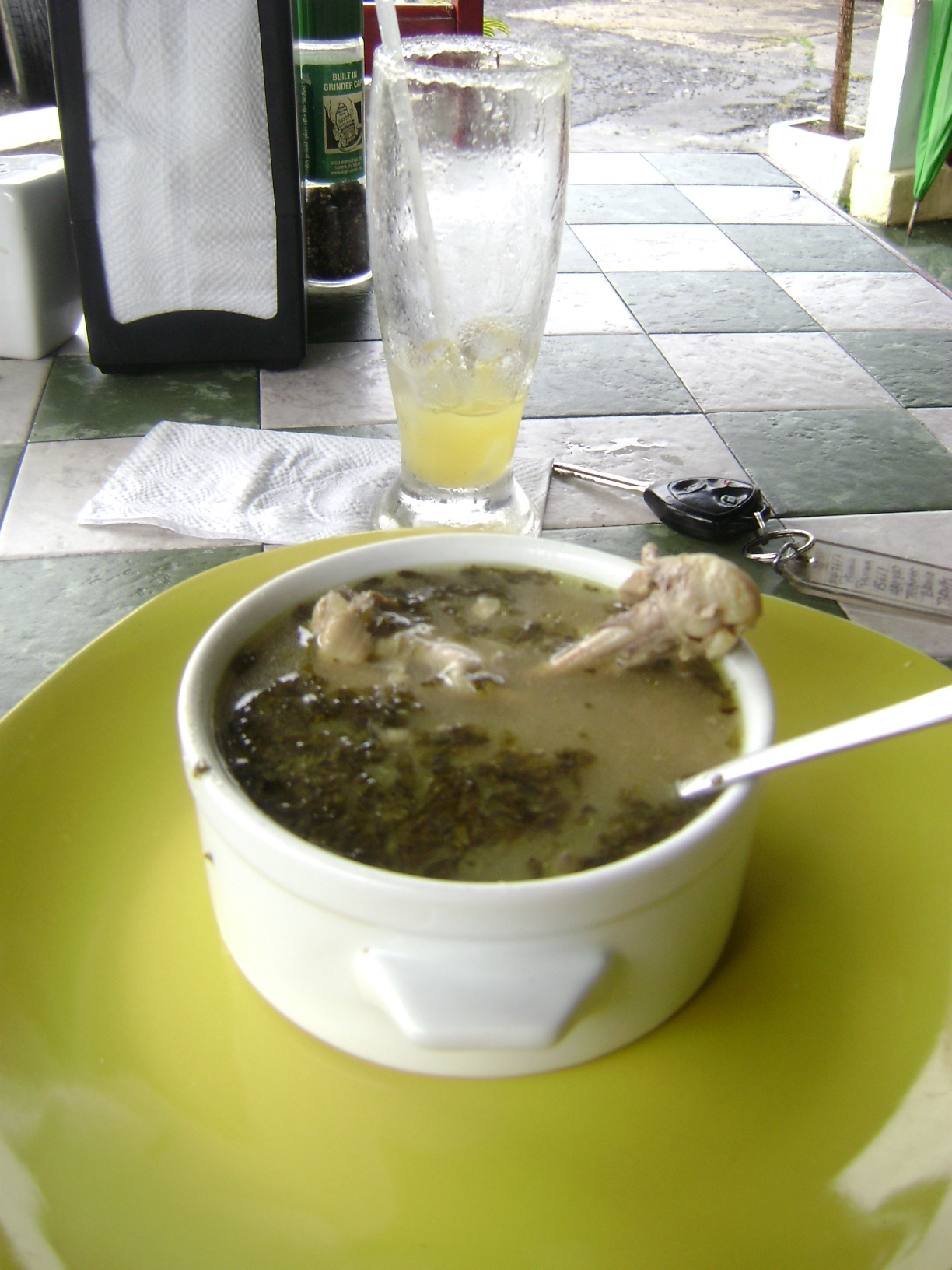 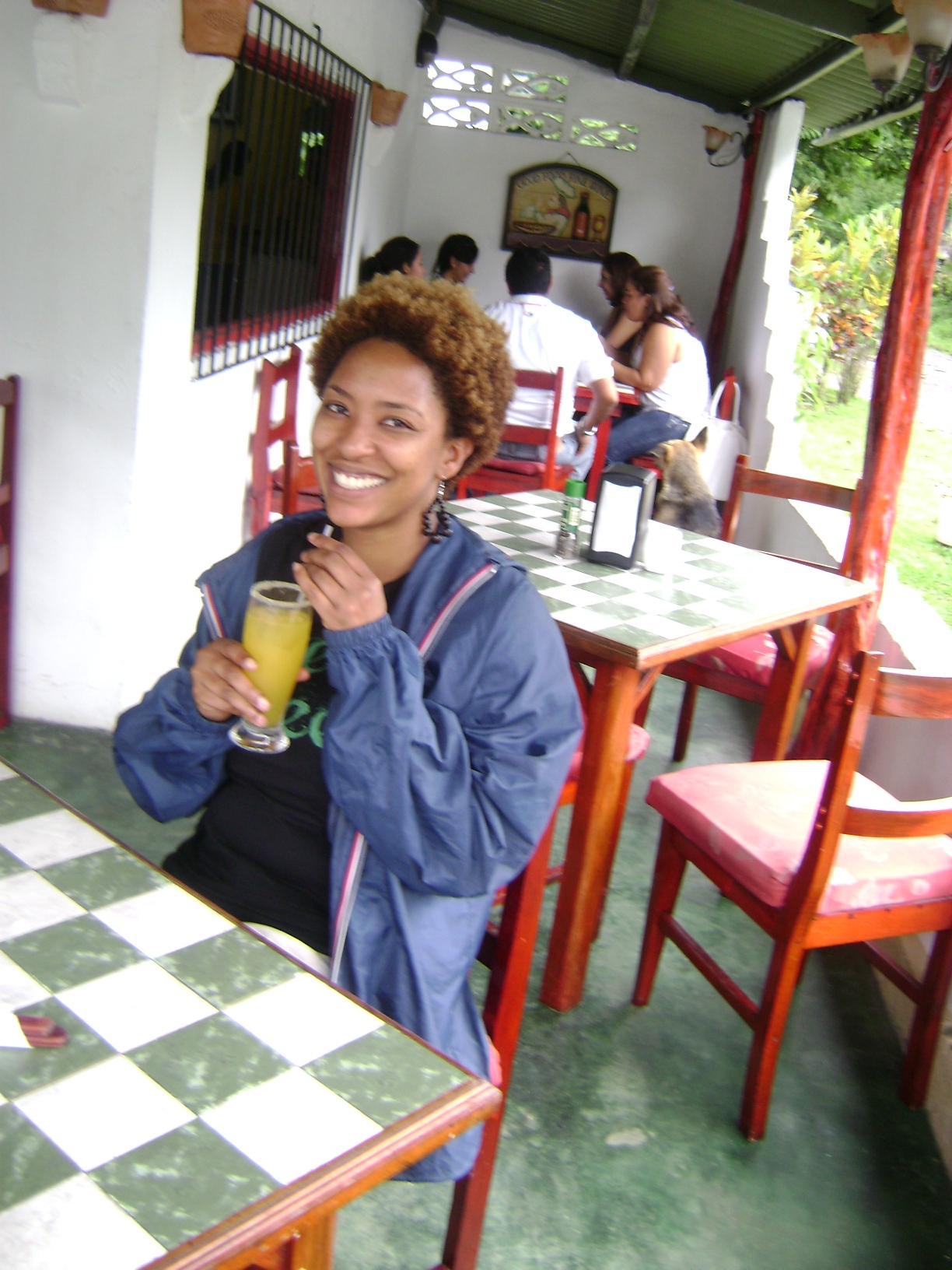 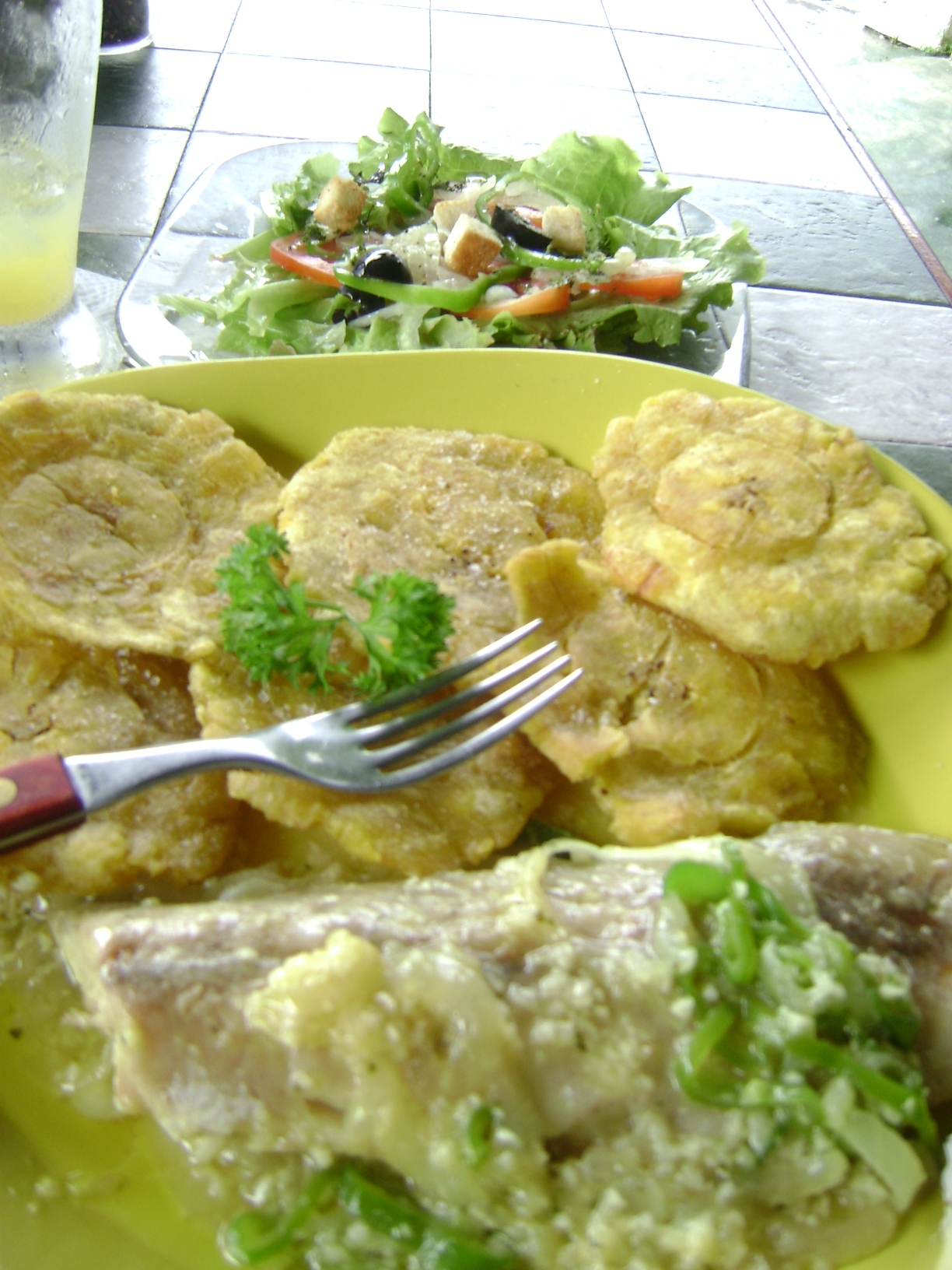 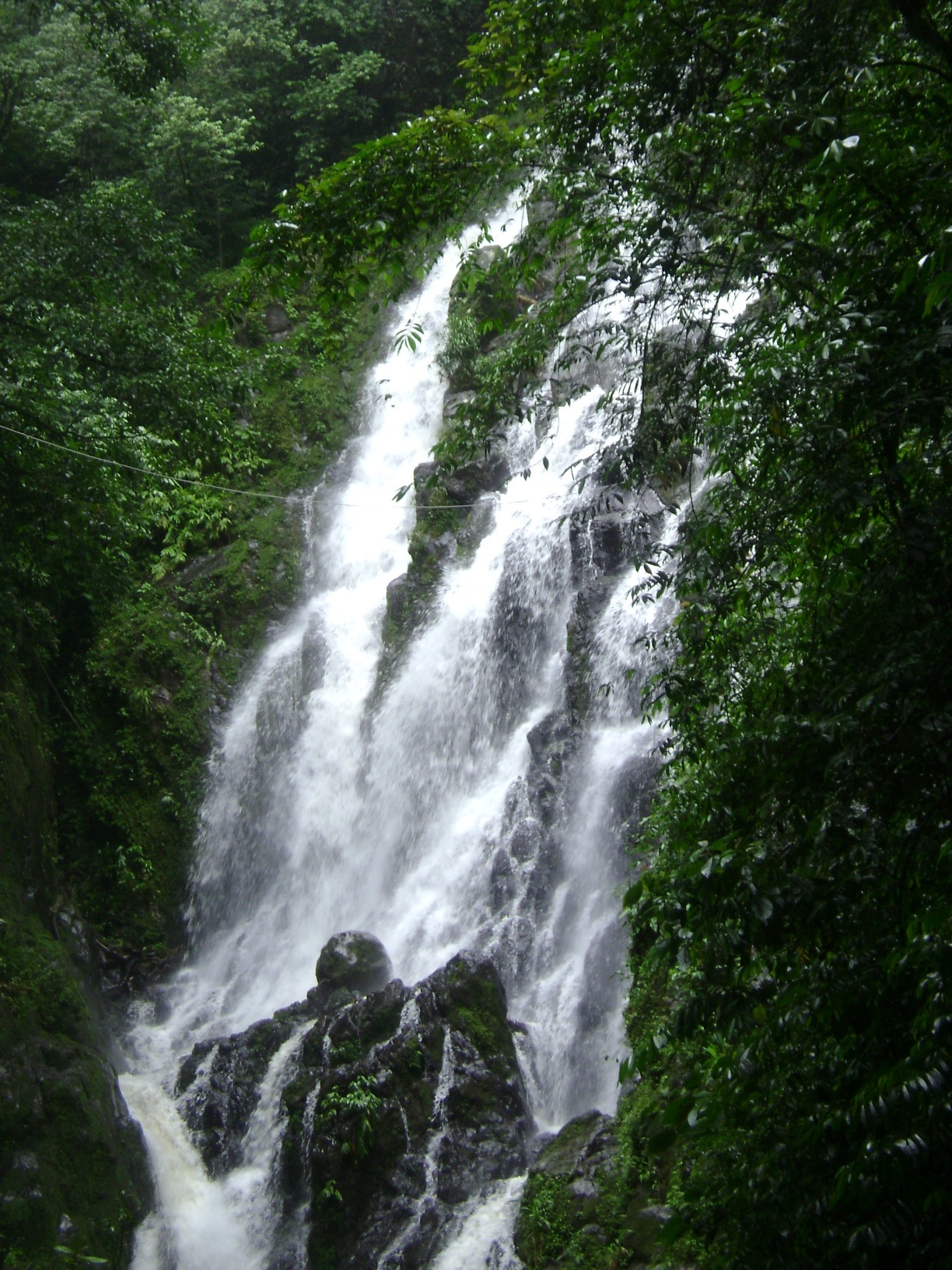 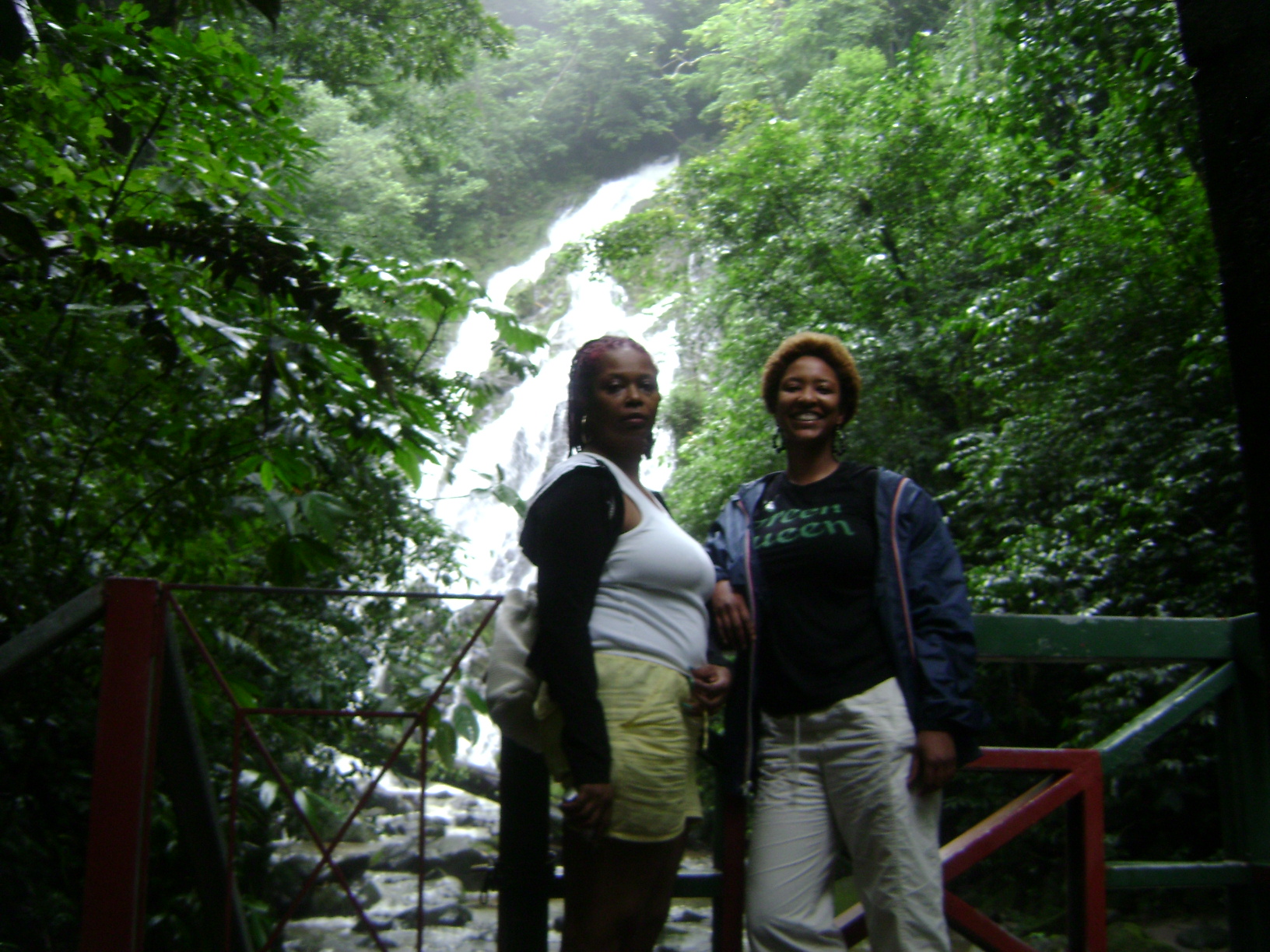 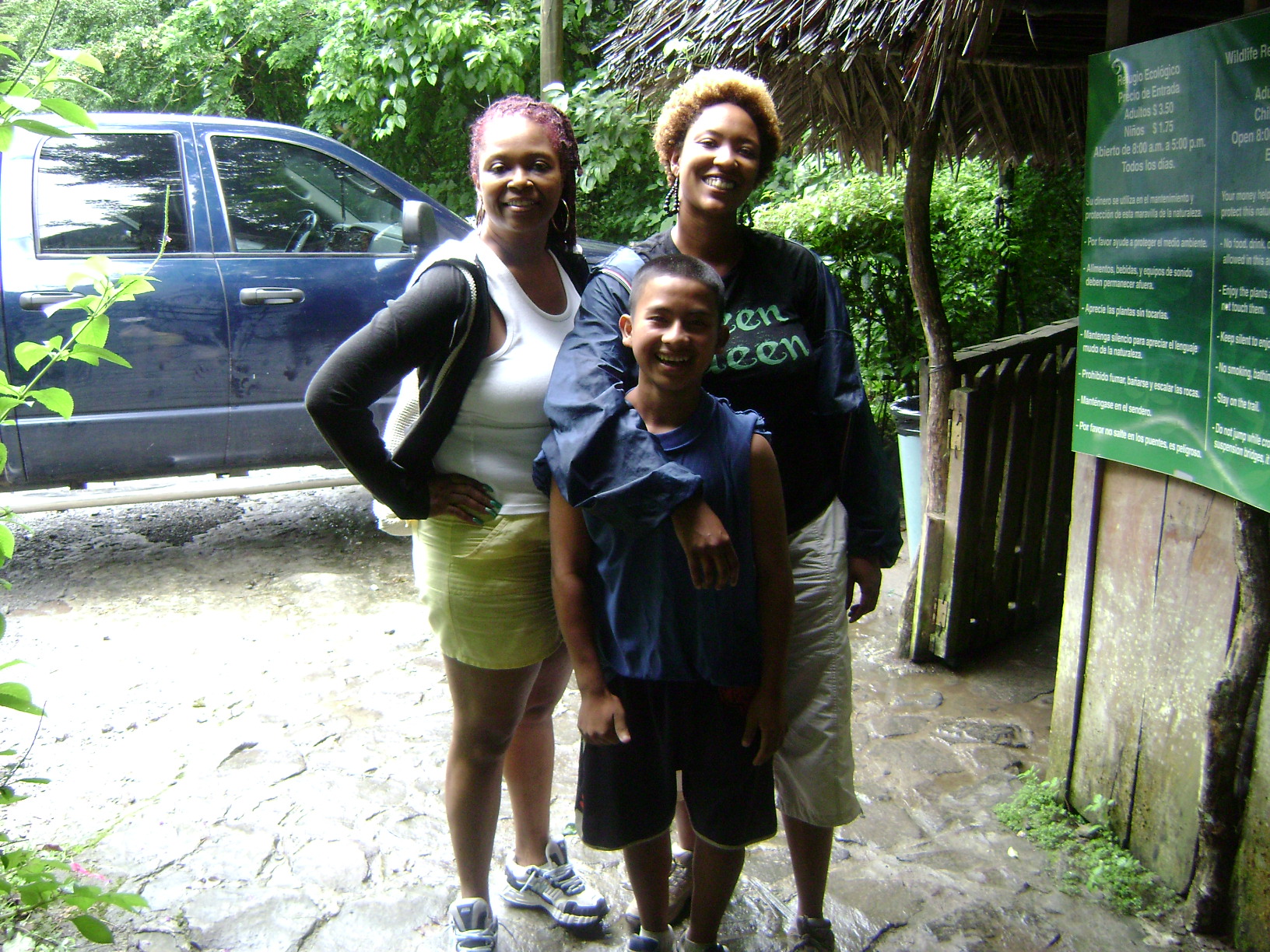 When we returned to the room, we had a pleasant surprise waiting for us – a little birthday gift from Becky and Adrian. For Mom’s bday dinner we headed over to La Casa de Lourdes –  a more upscale hotel / spa / restaurant a few minutes away. The food was pretty good and the service was EXCELLENT! We ended up sitting a few feet away from a group of folks from Villa Rica. Can u believe that!? One of the older gents in that group was celebrating his bday as well. 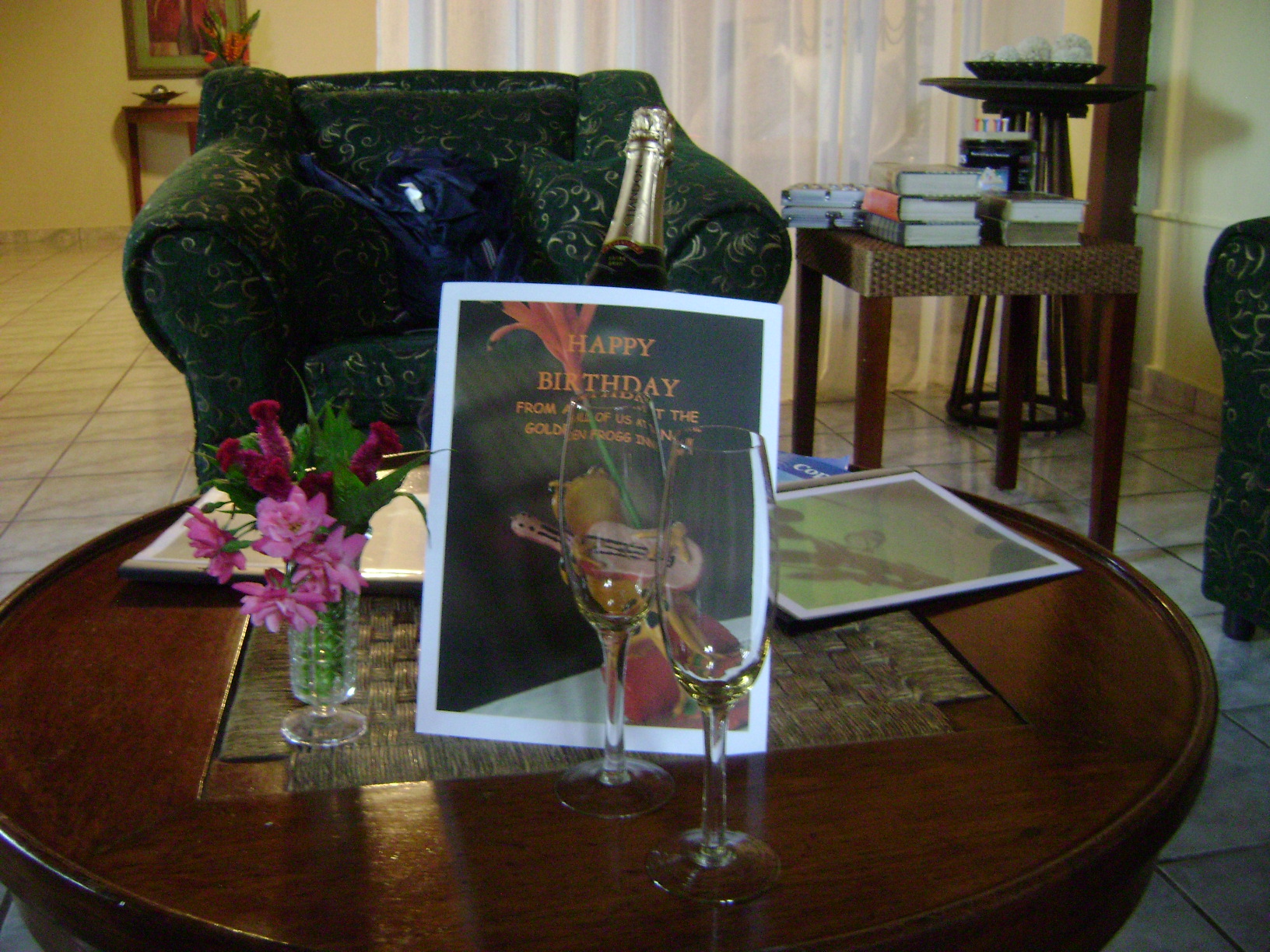 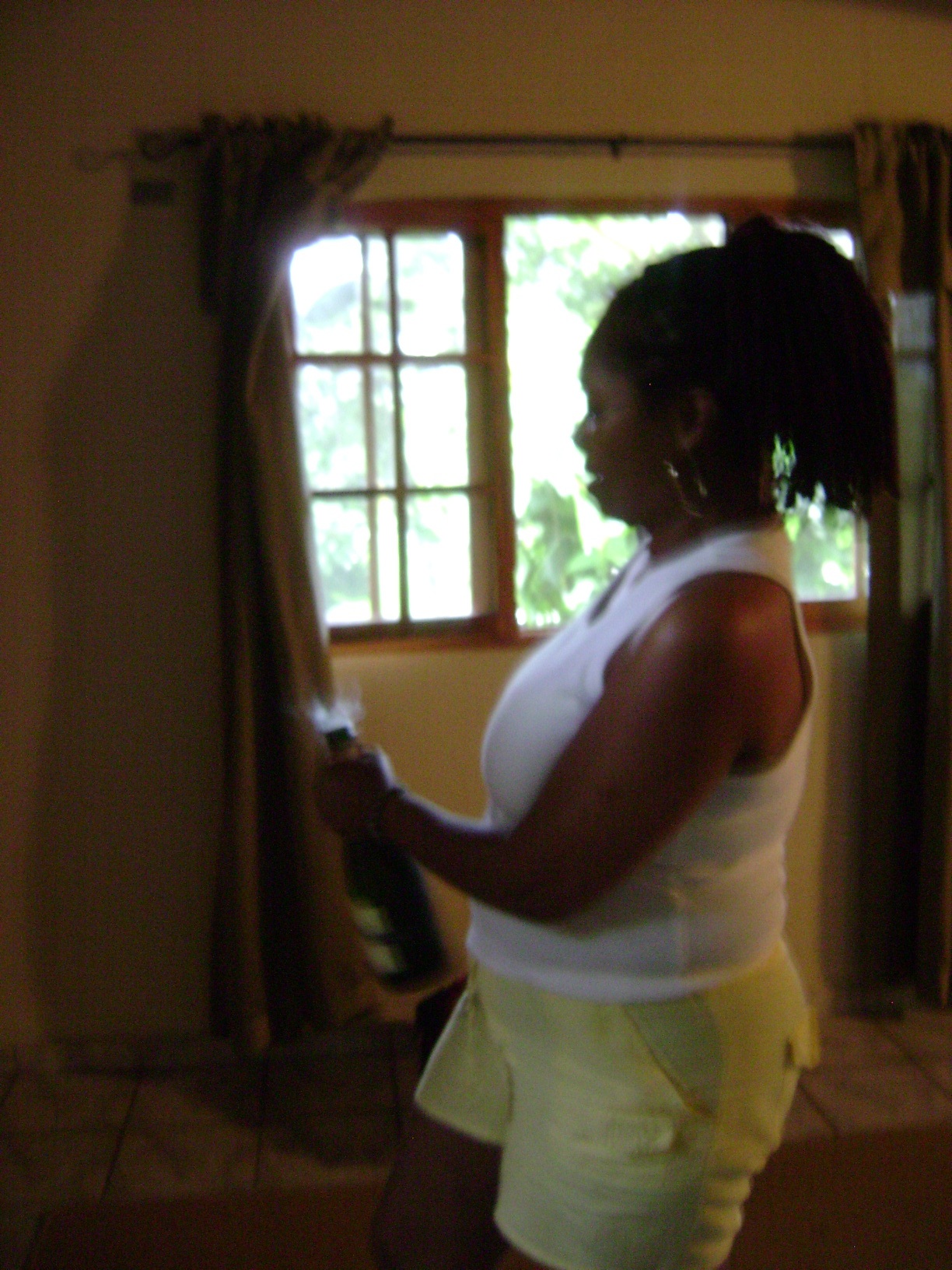 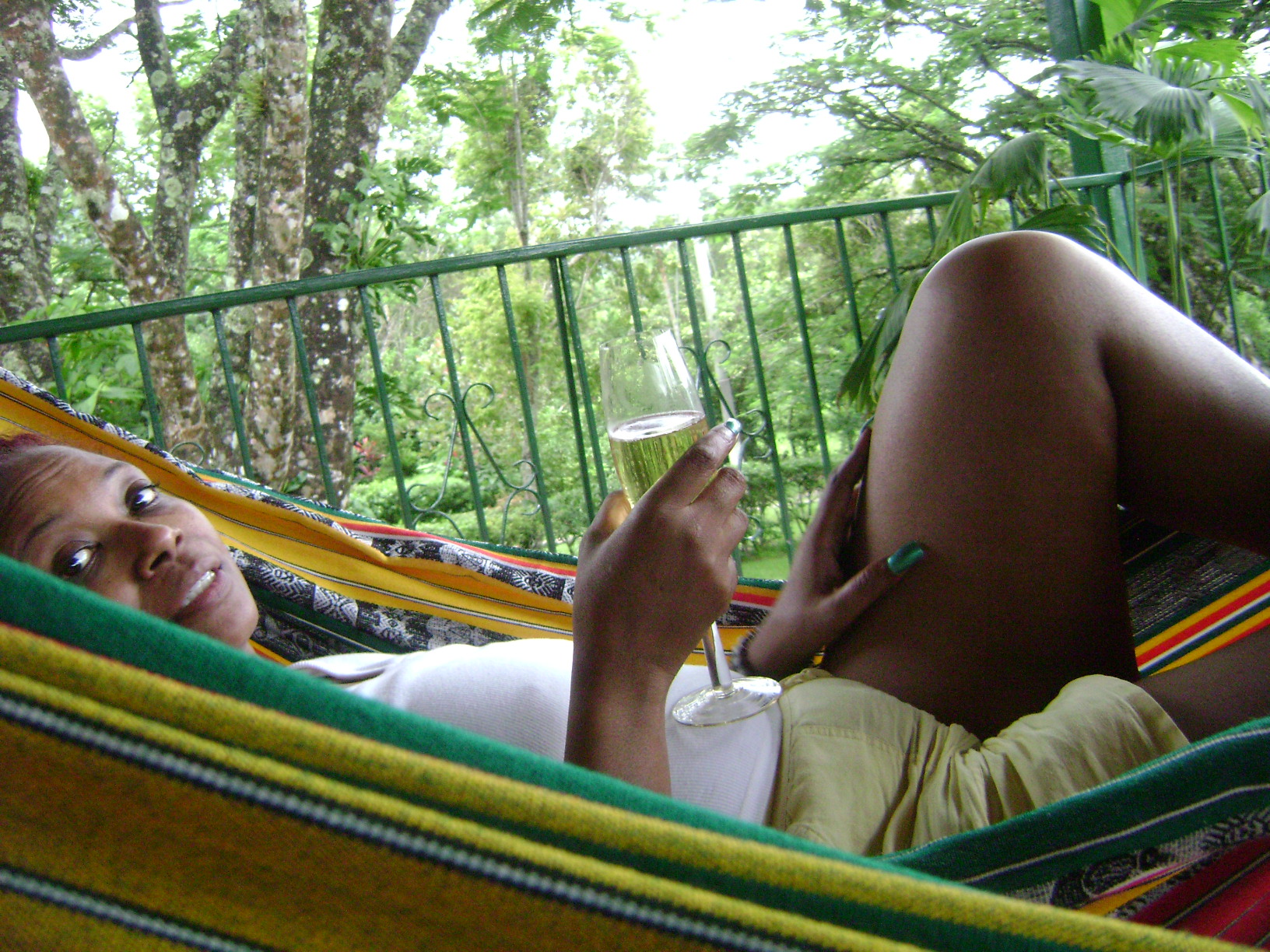 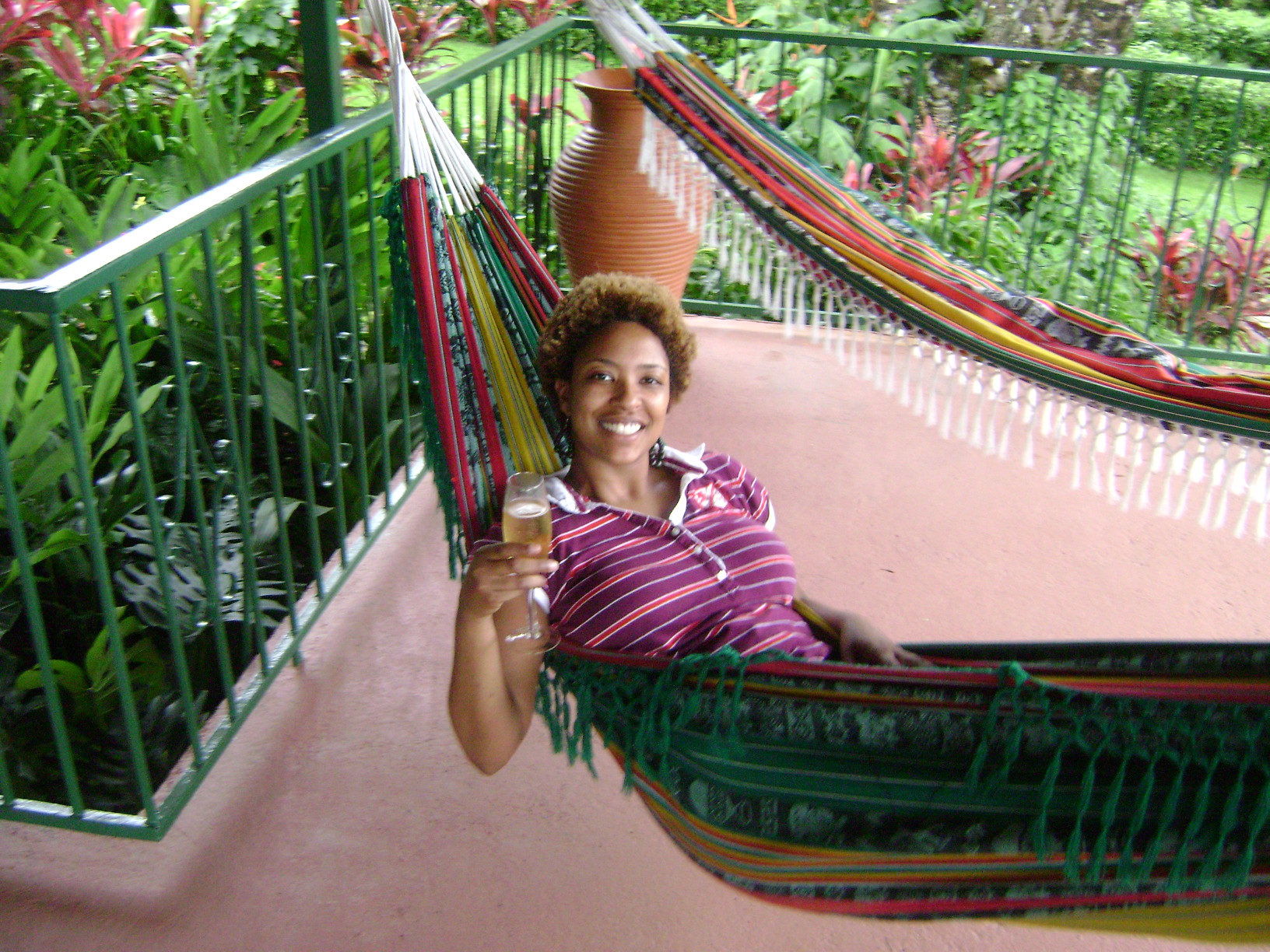 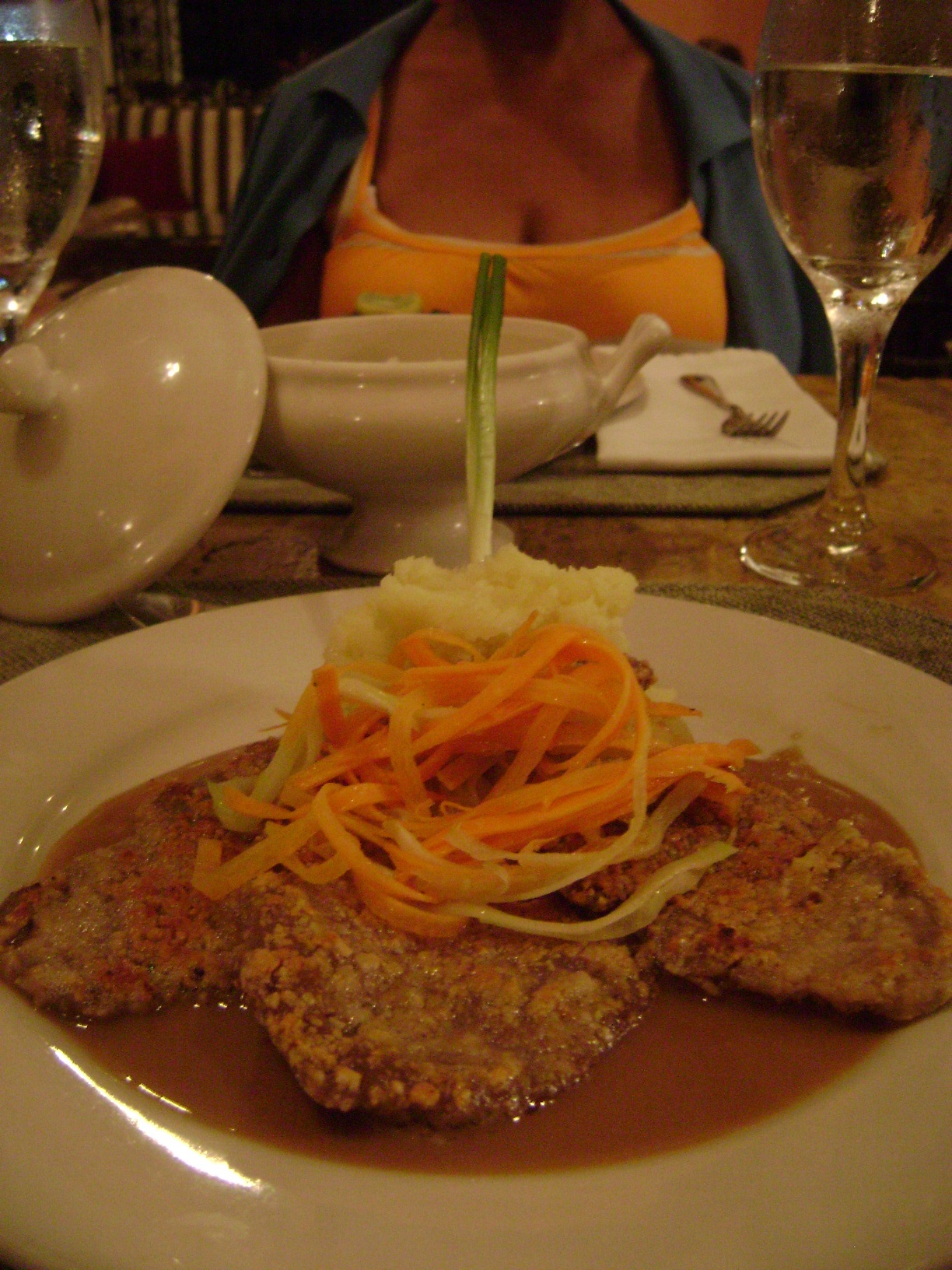 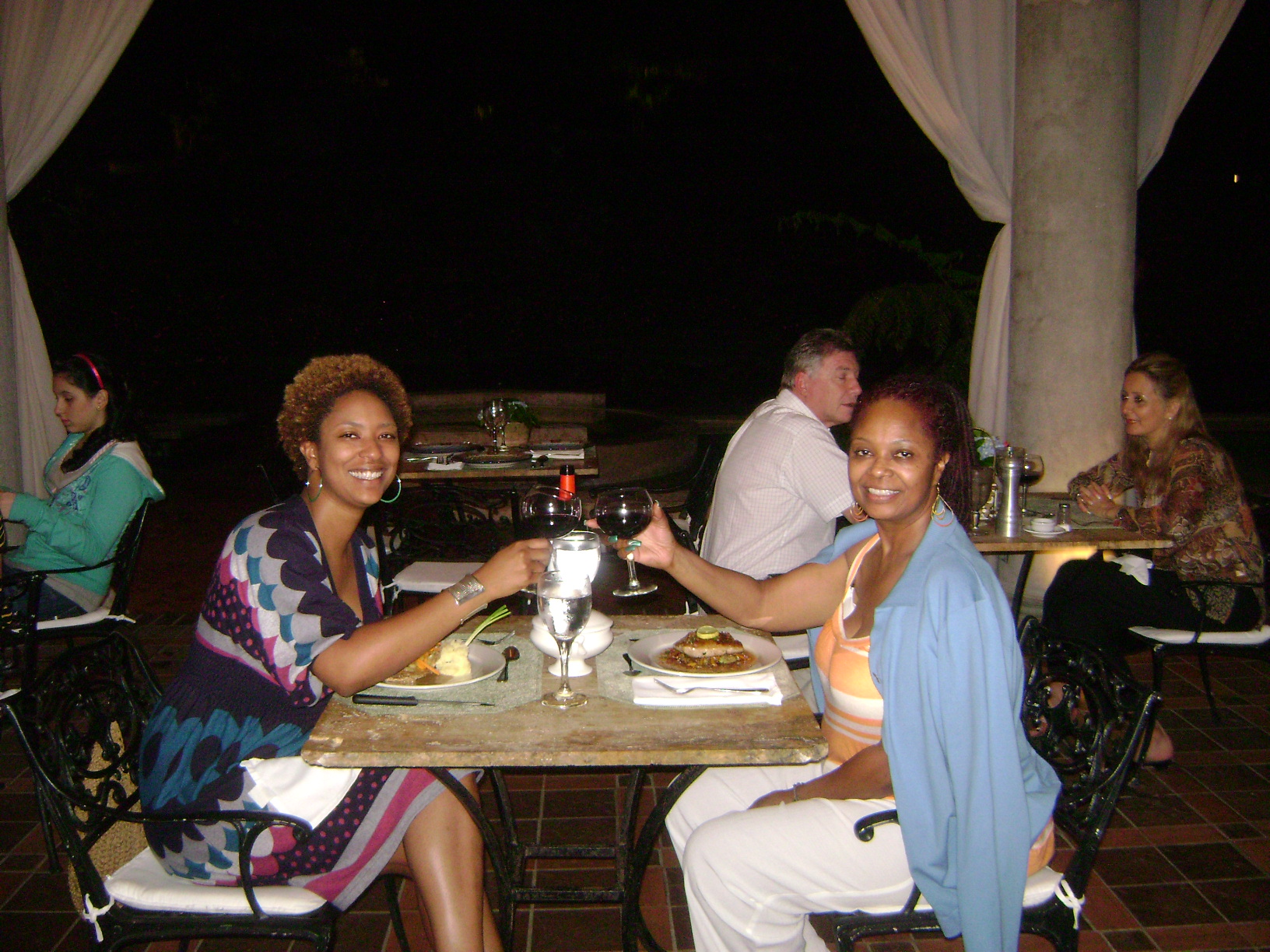 After dinner it was back to the room for the night. After changing into my sleepwear, I headed straight for one of the hammocks on the terrace, and fell asleep (intentionally) to the sounds of nature. Best. Sleep. Ever.