past five years, Labor Day weekend in Atlanta has signaled the arrival of House in the Park, a family-friendly outdoor music festival for lovers of house, afrobeat, and soulful dance music. Though it continues to swell each year, House in the Park is still a largely under-the-radar event in Atlanta, mainly because it caters to such a niche audience.

Loyal fans of Atlanta DJs Ramon Rawsoul, DJ Kemit, Salah Ananse, and Kai Alce – the fantastic foursome behind House in the Park – have been there since the beginning. House in the Park 2010 promises to be the largest yet, as word about the good vibes and sounds the event unfailingly delivers continues to spread beyond Atlanta’s close-knit house music family. 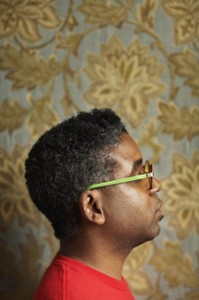 So, how long have you been a DJ? How did you get your start?
Aw, man. I bought my first turntables in ‘83. But I’ve been DJing professionally since ‘92. I’ve always been into music, though. I listen to a little bit of everything. My parents were Haitian, so I grew up listening to soca and all that. Growing up in New York at that time, it was like during the creation of hip hop and disco. My Dad was a jazz aficionado, and he was really into audio hi-fi equipment. So I guess that’s where I got an affinity for both the music and the equipment.

Was this something you always knew you wanted to do?
Not really. It just sort of evolved that way. The first time I DJed for a party, it didn’t go well.

I used to work at this place called The Music Institute. I worked there at 16 years old – Chez Damier got me in there. It was like the Detroit version of Paradise Garage. Then I moved to Atlanta to go to school at Morehouse. I started getting gigs and started making money, and thought, “hey, I could do this professionally.”

Where did the idea for House in the Park originate?
Ramon Rawsoul asked me about it. At that time I was working at Satellite – a record store in Little Five Points. We might have already been doing The Gathering then.
The Gathering is a monthly house music event featuring DJs Kai Alce and Ramon Rawsoul. The duo has been hosting The Gathering for over 5 years.
The first House in the Park was at Candler Park in 2005. There was another group called Earthtone that used to do an event out at Piedmont. They used to do it real renegade style, though. You know, they’d just go out there and they may or may not have a permit. I told Ramon that (getting a permit) was gonna be an issue. But we went through the process and got what we needed. The first year, we had about 200-300 people, just from the crowds that supported each of us.

What Atlanta DJs were involved that first year?
It was me, Ramon, Kemit, and Salah.
What was funny was… I think I had to DJ or promote the night before – anyway, I was out late. And you know there’s always that riff of who goes on first and who goes on last. I remember I was like, I’ll go on early. And I got there, did my set… and fell asleep. So I said – I’m definitely not doing that again.

Did you ever think House in the Park would become as big, or continue for as long as it has?
No. Never. ‘Cause it’s getting bigger every year. More people, more problems. The more people you get, the more things they (city officials) ask you to have. Like ambulances, extra cops, then after a certain number of cops you have to get a police sergeant.
Now we’re at the point where we’re gonna have to start getting sponsors. Whole Foods has been on as a sponsor since the first or second House in the Park – they donate water. The neighborhood is one of the sponsors. Others are people who have known us, who are blessed enough to hook us up.

What is it about House in the Park that you think makes it so popular?
The good feeling and the music. The music aids in people letting go and letting down their guard. So far in the five years since House in the Park has been going, we’ve had no fights, no arguments. We’ve had a couple of lost kids, but they get found before the end of the evening.
People have said that when they leave House in the Park, the positive energy they leave with rides for a while. Even some of the kids, they don’t see some of those other kids until that event. So they look forward to playing together while their parents enjoy themselves. I had one guy come up to me -his daughter is in her teenage years – and tell me that she asked her dad to dance. He says that’s the first time she ever asked him to dance with her.
At House in the Park, you can see anybody from age 3 to 55. My dad’ll be here this year. He may have been here at least 4 times now. I had my whole family come out one time.

What can people expect this year? Are there any other DJs are on deck?
The House in the Park lineup will stay the same until it ends. I don’t think anybody knows our town better than we do. We try to keep it amongst us here. We may have a guest DJ that shows up some years.

How many attendees do you average or are you expecting for House in the Park this year?
Well, last year it was about 3,000. So we definitely hope to meet that.

What other projects are you working on? Where besides House in the Park can people see or hear you?
Well, I have my record label – NDATL. It stands for New York, Detroit, Atlanta – three places where I’ve lived. We just released a new single called “I Got Life” by Kemetic Just. Kemetic Just is DJ Kemit and Justin Chapman, but this track is just Justin Chapman with Terrance Downs. That just got released this summer. It’s doing well in the charts here and overseas. You may even see him perform this year at House in the Park. You might also see a performance by a girl named Cayenne. She has a song called ‘Someone’, which I produced along with Phil Asher. It hit # 1 on the house charts.
I’m also continuing a monthly here at The Sound Table. It’s called Distinctive. It’s usually every third Saturday, this month it will be on the fourth Saturday. We’re having Omar S as a guest in October.

And people can check out my site www.kaialce.com. That will let you know about the upcoming events and projects.

House in the Park 2009 photos courtesy of John Crooms Photography.

Tags: atlanta things to do